After my father-in-law complained that there wasn’t enough trucks on the website I thought it was about time to rectify that. This is what I found, the Labatt’s streamliner truck, I think you’ll agree it fits The Petrol Stop perfectly.

In the mid 1930’s Labatt’s decided to start transporting its beer by road rather than rail, seeing this as a possible way also to grab the attention of the public it, also at this time advertising alcohol was still banned so they would act as an advertising tool as well. They commissioned Count Alexis de Sakhnoffsky, of coachbuilders Van den Plas in 1935 to build a fleet of streamliner trucks. The tractor units were White overcabs that were heavily reworked however the trailers were practically scratch built. Due to the shape it’s made out of a wooden body tub, with rolled aluminium covering it. They were the first truly aerodynamic trucks and won “Best Design” award at the 1939 New York World’s Fair!!!!! They even had modern technology built into them with an innovative anti-jack-knifing device in the fifth wheel and were the first to use air brakes.


By the end of 1937, a fleet of 10 had been built and were used as a company Ambassador, the drivers were dressed in uniforms and instructed to help out if fellow drivers needed help. A final fleet of 15 were built following the war up to 1947, however to styling had become old fashioned and load capacity small compared to newer trucks who could now have longer trailers, so in the mid 50’s the trucks were taken out of active service.

One additional “special” order truck was built, Princess Julianna of The Netherlands, who stayed in Canada during the war. She shipped it back home and used it to transport her ponies.

So in all 26 were built with 4 different variants, each variant getting more streamlined. The full streamlined one below is a 1947 one.

The one in the pictures below was found in 1977, at least the trailer was. It was being used as a construction office!!!! A matching truck however could not be found despite a reward being offered. Instead Joe Scott of London, Ontario, along with Labatt’s ended up using a 1947 standard Whites tractor and recreated the flowing cab using wings found in the Netherlands. This is the only remaining one and took 7 years to restore, the restoration being completed in 1984 and is still used today for promotional duties just like when they were conceived 80 years ago. 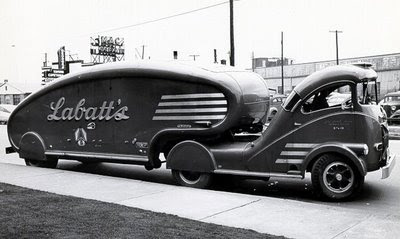 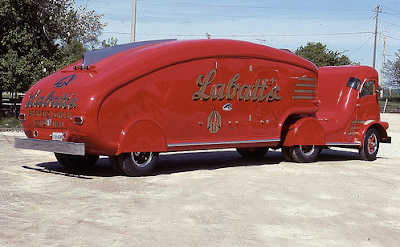 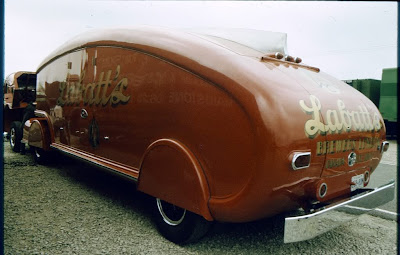 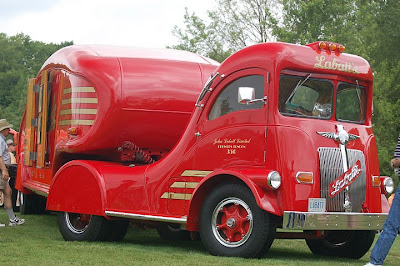 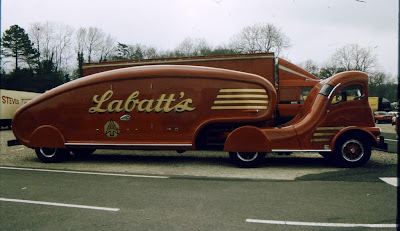 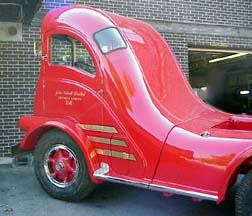 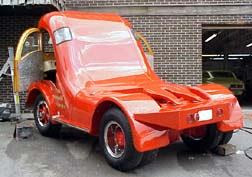 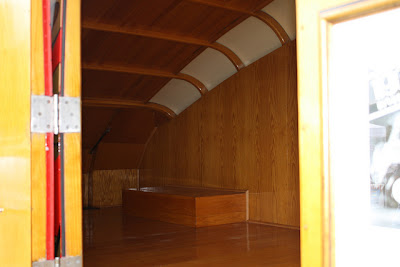 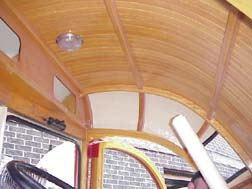