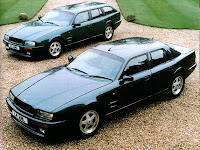 In 1994 with Aston Martin releasing its Virage on to the public a more practical/madder option was offered by its “Factory Service Department”. It offered the 3 door GT car as both a 4 door saloon and also a shooting brake estate, but renamed as a Lagonda Virage!!!!!


This was done by simply taking a 3 door, and cutting it in half before lengthening its wheelbase by 12”s and adding a bespoke extended body and rear doors. Even before the first one was finished orders for this sports saloon were coming in. In total 6 more were built all powered by that 6.3ltr engine. A few buyers though wanted a little more lengthening the car by 18”s. 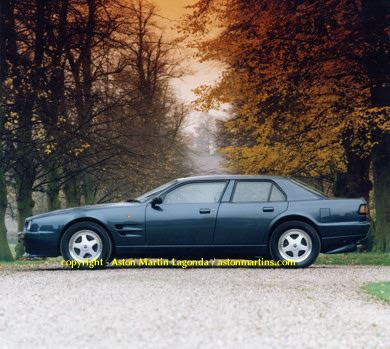 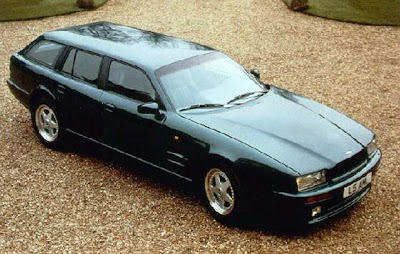 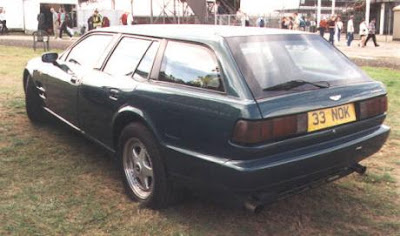 The cost for one of these cars a reported £250,000, so about twice the cost of the original car it’s based on. Would I have one? Sure just for the prestige of owning a super rare “Aston Martin” that no doubt would get all the looks in any car park. 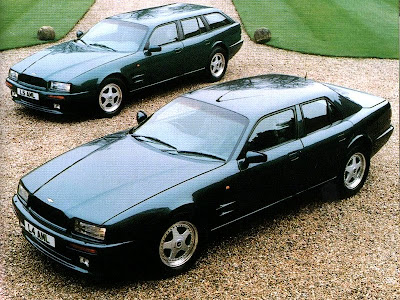 *One interesting thing to note, its not unusual for manufacturers to dip into the parts bin for parts from other marques that own them, but Aston Martin did one better for the Virage. The rear lights are straight off a Mk2 Volkswagon Scirocco, just upside down. I bet these cost a lot more to replace though!!!!﻿
Posted by the petrol stop at 12:52 PM