One of my other hats is as an admin on the Retrobeutes facebook page (if you like retro metal head over for a look you won’t be disappointed), I had put up a picture of a Jenson Interceptor with a link back here to the FF version on here, when a comment was posted asking if his Jensen could be featured. “Is it rare or unusual?” I asked and well the car below defiantly ticks both of those boxes and I duly got in contact. 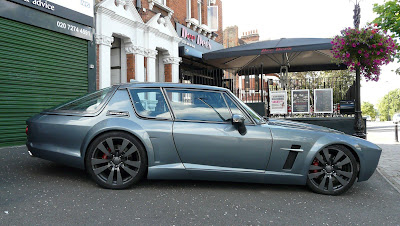 This creation or as Brook, the owner, puts is, a car that Jenson if they were still producing cars might build was not what I was expecting. As for the choice of the Jenson to start with, which is not at the top of most peoples lists when it comes to not only modernising but hot rodding it up, Brook simply states “I don’t think there is another car that can compete with it in looks”. I’ll admit I’m a big fan of the Interceptor for me it’s a real gentleman’s muscle car.

A rendering was produced in 2009 and Valley Gas Speed Shop, a shop that specialises in Hot Rods and Classics that can undertake anything from panel work through to custom chassis and full restorations, were given the task of turning it into reality. 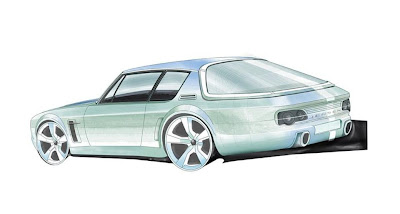 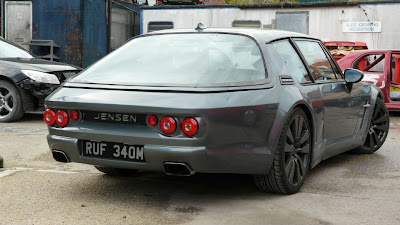 So what was involved in this build?

“All of the panels, front arches, rear arches, front and rear valance and side skirts were all hand fabricated and then welded and lead loaded on. The original arches were cut clean from the car and then the new arches were welded in place and this was the same process for all of the new custom fabricated panels.

The main subtle exterior changes are only really the front grill and side vents. If you look at the grill on an original Interceptor it is shorter, thinner and is less shapely. The side grills as well, if you see how they go in with the new mesh and fin on the side. The original Interceptor just had slats. 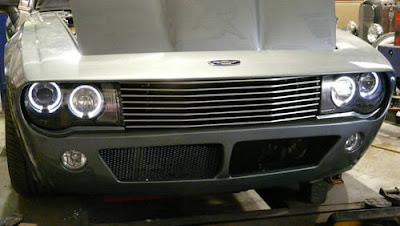 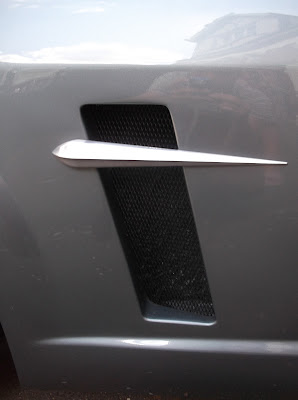 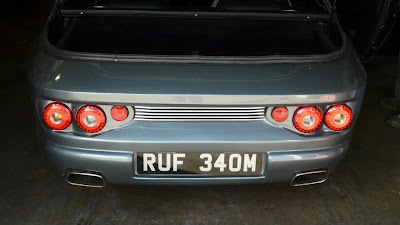 The interior is pretty much the same as the original just with slight improvements. You'll notice the new centre console, with the hand brake slat in the side. Again we wanted to stay true to the original design but improve it at the same time as well with the rear console - the original seemed to be fairly square and the guys at Valley Gas Speed Shop made a complete new one giving a more curved and modern look. Oh and the bonnet bulge!!” 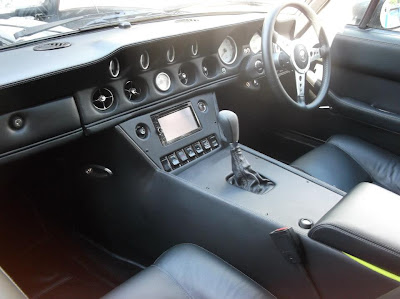 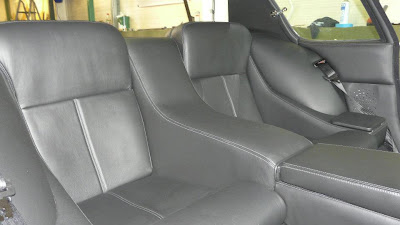 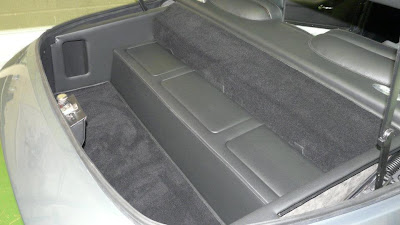 If there’s one thing you can’t miss is what’s sat under that much needed bonnet bulge, the Viper V10. So why the V10?

“Giving that the original Interceptor's had engines from Chrysler I wanted to keep the connection and that’s where the V10 idea came from. We spent countless hours researching V8's from Chrysler however none of them seemed to be quite up to the job if you see where I'm coming from. So giving that Chrysler own Dodge (It may be the other way around) the Viper V10 seemed to be the most perfect option, don't you agree? So the Jensen and Chrysler connection lives on!!” 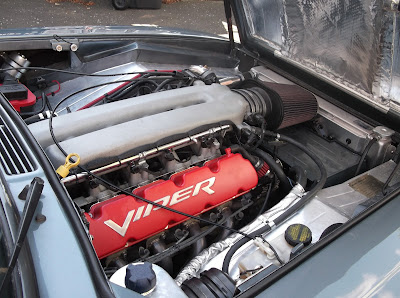 Oh I agree, were there any issues or problems encountered during the build process?

“Problems ehh? To be honest there wasn't that many problems the chaps ran in to. The biggest issue was fitting the engine and strengthening the chassis and inner panels to take all that power. Other than that everything else just seemed to fall in place, quite lucky really giving”

Now it’s finished what part of it are you most proud off?

“I'm proud of the whole car, the guys at Valley Gas Speed Shop pretty much took on an impossible job and done it. It wasn't an easy project but it was probably the most exciting, to bring such an iconic car back with a whole new look but with the original shape. Concorde is an iconic piece of British history and so is the Jensen Interceptor, nothing can compare to it in my opinion.”

From what I’ve seen the guys did a storming job on this, bet there just as proud as you are. Since its completion in autumn last year what’s the attention been like? I’ve seen it over the internet and know it was at the NEC for the Classic Car Show.

“When the car was at NEC it got mixed views from everyone, some approved and some didn't. People have said "Why butcher an Interceptor what was wrong with the original shape?" When if you look at it the exterior lines stay true to the original, and specifically it still has the beautiful wrap around back window and the C pillar shape. So some people like it, some don't it all depends on how much of a purist you are I guess.”

So what’s the future for the Segrave?

“The intention now is to hopefully build a short run of 6 or 7 so very limited numbers; it is still in the planning process at the minute. The limited run versions will hopefully have fibre glass panels, bucket seats, a roll cage and optional engines - up to 700bhp rather than an ordinary 630bhp. The moulds will be taken from the first Viperceptor/Segrave built by Valley Gas Speed Shop. However if the customer wanted a leather interior then that is what they could have, it is entirely up to them.”

Ordinary 630bhp love it, I bet with the attention it got at the NEC and the waves it’s made over the internet that it won’t be long until the first one end up with very proud owner.

One last thing, the name “Segrave” where did that come from?

“The name Segrave comes from the great land and water speed record holder Henry Segrave, in case you haven't figured it out yet that's what the SE stands for. A British man’s name on a British built car.“

Couldn’t have said it better myself. The attention to detail on this car from the guys at Valley Gas Speed Shop is outstanding and shows what can be achieved by thinking a little out of the box or the comfort zone of the “standard/usual” tweaks to a car. 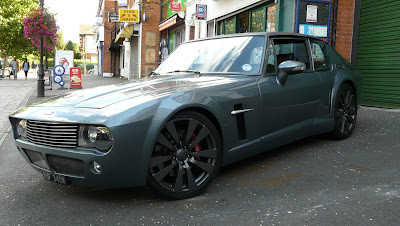 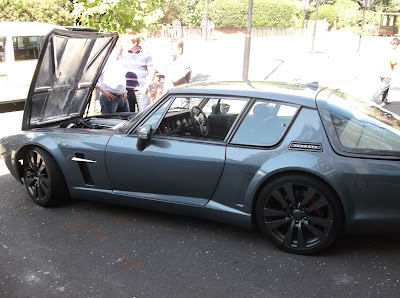 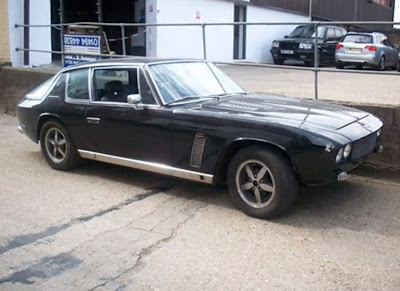