I first saw one of these over on the Dep-o Facebook page and just had to find out more. Debuted in Frankfurt Saloon in 1979 I would have imagined to gasps from the audience was this amphibious car. I’ve not been able to find out much about it apart from it has Ford Taunus running gear and 2.3ltr V6 engine fitted producing 135bhp. It seems to be a go at producing a luxury boat/car, as it came with all the creature comforts of the time, including power steering and that removable hard top!!!!

When in the water drive was via a hydraulic pump to the dual hydraulic driven propellers. One propeller could run forward and the other one in reverse so the Conte was highly manoeuvrable.

Built by Duke in Germany, I say built from what I can find out only a few as well as the prototype were actually completed before the company folded in 1980. So it remains a rather odd looking side step in the car and boat world. 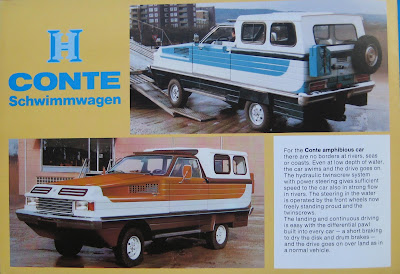 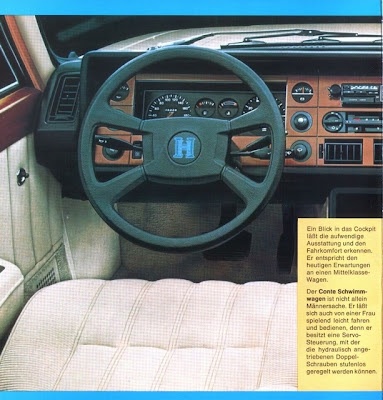 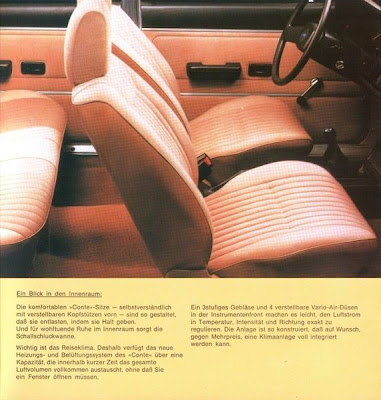 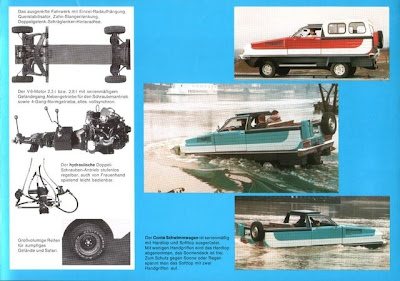 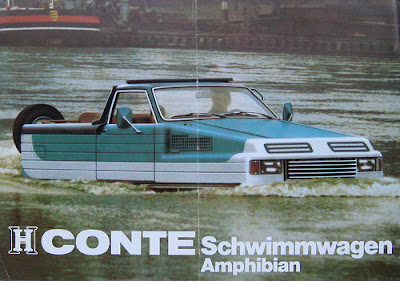 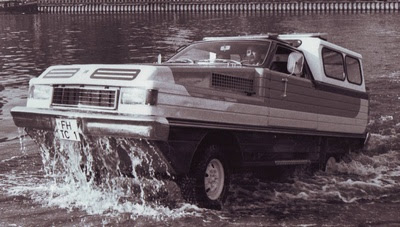 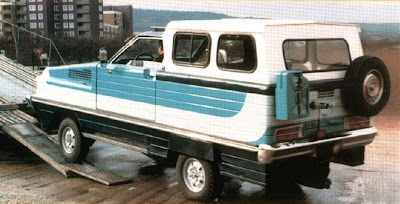 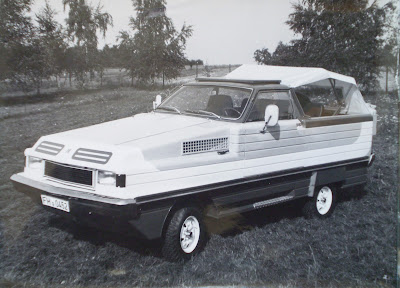