In the UK you can only drive a car when you reach 17, however you can ride a moped at 16. This was a way to build a car like vehicle in the UK that 16 year olds could drive on this moped license. The result was a 3 wheeled vehicle, with a tubular steel chassis, rack and pinion steering and a single seat. Power came from a rear mounted moped derived 49cc Suzuki CS50 engine from, ran through a 3 speed automatic gearbox that drove the rear single wheel. Top speed, like a moped, was limited to 30mph. Which when you realise how small this thing that would be fairly scary!!!! Built between 1985 and 87 approximately 100 were produced, which included a very small run of 2 seaters.


So why such a short production run I hear you ask? after all it looks the part and obviously provides a lot more weather protection that a leather jacket and helmet!!! It had two fundamental problems, first the cost. Back in the day a moped coast £1000, this cost £2200, this then leads straight onto the second problem. At 17 you could drive a full size car so its usable shelf life was only a year so it couldn't recup the additional premium, even if it did do 90mpg.

Bizarrely though, in the UK, this kind of car could easily make a come back. Insurance for new drivers is scandalous, for a 17 year old driving a car worth £2000 you could easily be paying £4000 to insure it. This may help reduce that by giving them both a years additional no claims bonus, but with it being classed as a bike insurance is cheaper anyway. Also with the cost of fuel running at £6.20 a gallon at the moment, 90mpg beats any car currently for sale. Maybe this was another example of a car from the past thats more fit for the present/future. 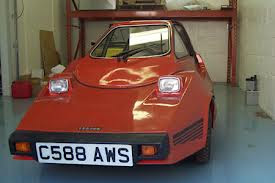 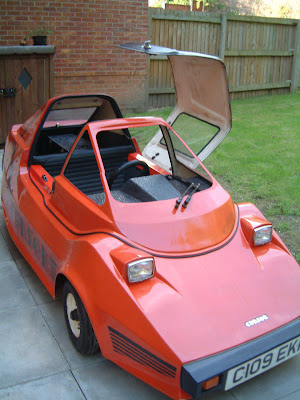 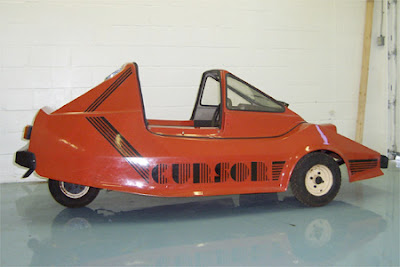 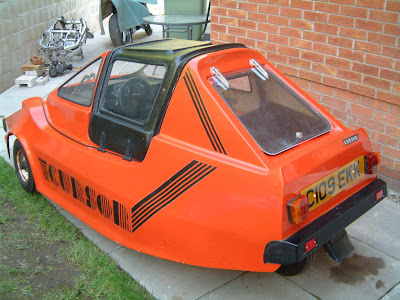 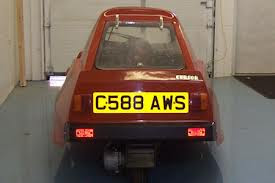 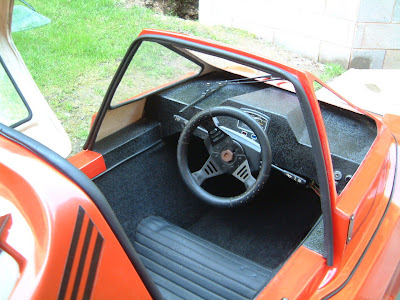 One is currently for sale on Ebay-