Well the UK Dub scene is well into the swing of things and the next show on the list was Spring Dubs. So it was an earlyish start on Sunday morning for the 75mile run over the Pennines to The Great Yorkshire Show Ground, Harrogate. This was my first time at this show but from what the website promised a show and shine, car club stands, an autojumble and trade stands all in a covered area, so that was all the boxes ticked for me for a spring morning.

All was looking good on arrival, good parking, good marshalling and good initial spotting of retro cars on the way in. From there though it all seemed to lose its lustre, don’t get me wrong everything promised was there, well I assume the autojumble was somewhere because I didn’t find it, just a lot smaller than what I was expecting. The indoor area was a single, granted fully enclosed, shed but that was it. The 2 large open sided sheds shown on the website were actually used for the overnight camping. The Club stand area only seemed to have 4-5 clubs in it as well!!!

This shows saving grace though was the show and shine, the quality of cars attending was fantastic and all deserved to be in there and really set a true benchmark for the season ahead. Out of all the cars the black Beetle got the nod from me for the aircooled, although the Dukes of Hazard Beetle wasn’t far behind!!!! 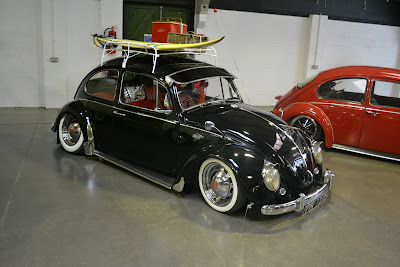 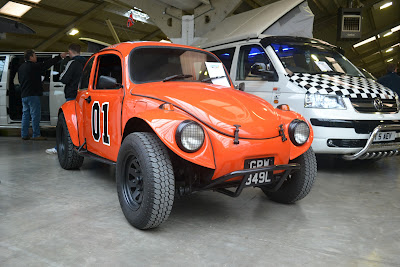 As for the watercooled the BBS Kitted MK1 Golf had it all the way. The T5 pickup though was very special for all the right reasons. 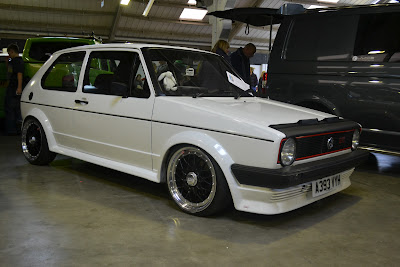 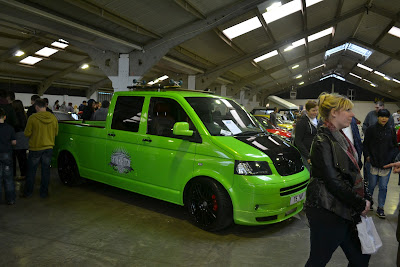 As usual at these events a walk round the car park to see what people were running in the run up to full show season. As it turned out I think most people, like myself, had arrived in their dailies which left slim pickings. Although saying that those who did bring over their pride and joys and projects didn’t disappoint, the green Ghia was something to behold. 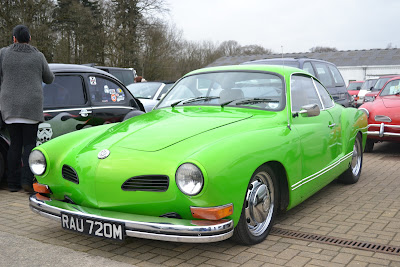 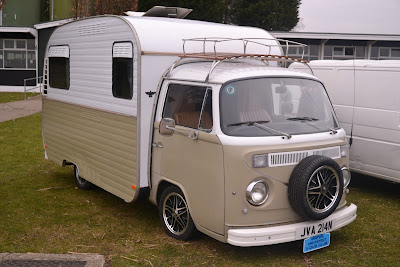 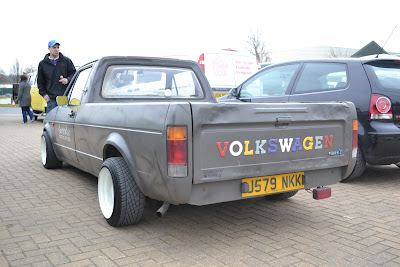 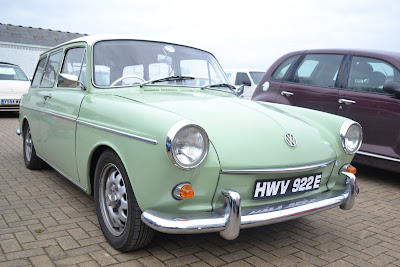 Hate to say this but this will probably be one that I won’t attend again, not that it wasn’t well run in fact it was very well run, it just big’ed its self-up a little too much. Still never say never.