First off, I’m a big Formula 1 fan so it wasn’t going to be long before I headed over to Donington Park to visit the largest collection of F1 cars in the world. After all I’d driven past it enough times going to the racing and events (Restoration Show). So with a day booked off I made the 200 mile round trip to indulge!!!


Now a little history, Donington Park race circuit has F1 credential with it being used previously, most recently in 1993, for the European Grand Prix. It was even touted very recently with construction work started to replace Silverstone as the permanent home for F1 on these shores, though it all fell through in the end. So it’s easy to say that this is one of the best circuits in the British and a deserving home for the collection.

The entrance is rather underwhelming to be best, but once you walk round that first corner into the first hall on cast your eyes on the two rows of vintage F1 machinery that lines the walls you’ll be forgetting how to breath!!!! The first line of 1960’s cars with their exposed engines, narrow tyres and lack of racing livery are truly a sight to be seen. So low and small without the air foils of later cars they somehow seem purer, undiluted racing machines. Unlike the 50’s machines opposite that seemed bulky and heavy with whose vast engines out front. 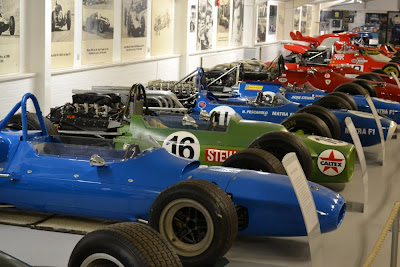 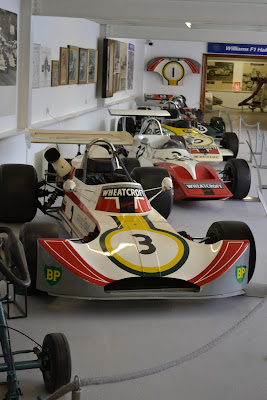 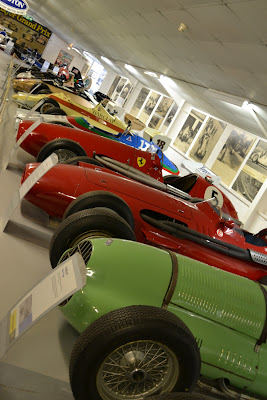 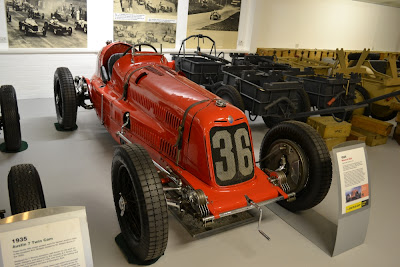 From the 60’s you walk through to the start of the war for control of air, and the wings start to appear the air intake move up above the drivers and striking livery adorns the cars. The Penthouse livery, I must admit I was quiet taken with. With every car there’s a little history, races entering, won and years run etc enough to let you know these epic machines has a life before retirement to be ogled at by petrolheads.

If that wasn’t enough, it was just the first hall after all, you walk through a short connecting walkway, lined with memorabilia, helmets, steering wheels, race adverts…… the windows have the track layout outs on then from all over the world. 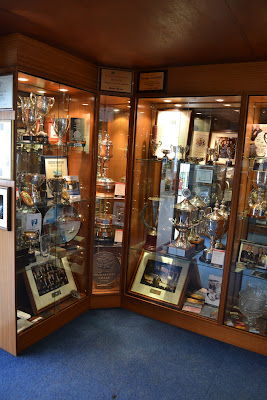 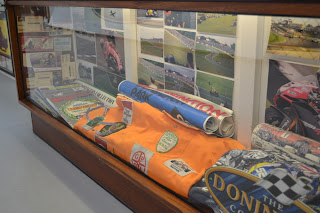 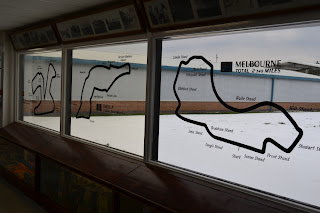 Its then you reach the next door to the second hall and look up “Williams Hall” and step in and once again your breath is taken away. Car after car showing the Williams racers coming through from the 80’s through the 90’s with that illustrious “most advanced F1 car ever” 1992 FW14B car with active suspension, semi-automatic gearbox and traction control, to the 00’s. It’s fantastic to see the progression so clearly and be able to compare a car from one season to the next. Even the advancement over say 5 years means the cars bear hardly resemblance, something you seem to forget when watching season to season on TV. 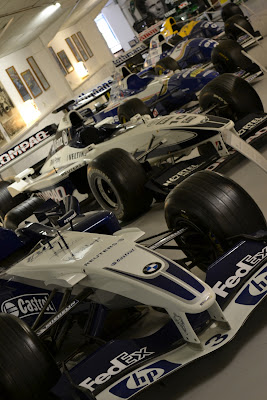 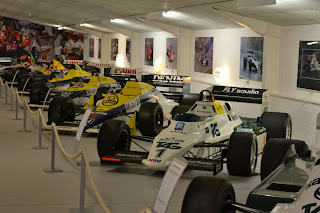 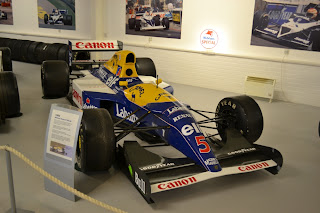 Then it’s into the next hall, again you glance up “McLaren Hall” and like the William’s Hall it’s a sea of cars charting the much longer history of the team from the 60’s to the present day, which can be easily seen in the change of racing colours. Comparing cars side by side is just a staggering opportunity, especially when you only an arm’s length away. 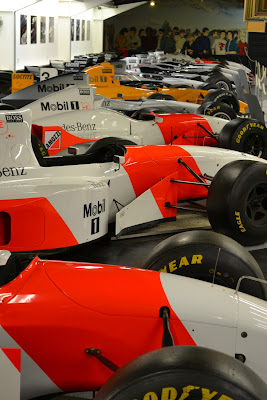 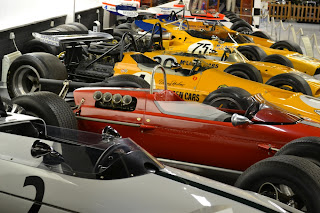 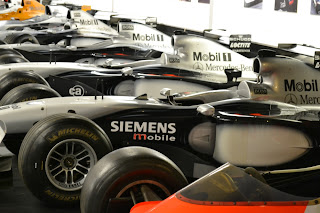 But wait we’re not done yet, past the trophy room, you enter the “Vanwall and BRM Hall” oh yes the Vanwall Hall, with a display of each of the cars in there racing green livery that set out to bring the world championship to the Britain with a British driver and succeeded. Only to be wound up due to poor health by the owner a few short years later. 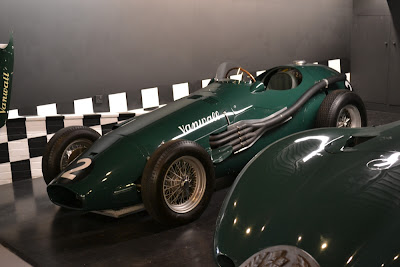 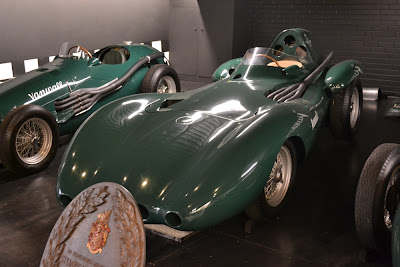 The BRM’s shown include both Lotus Elan specials as well as open wheeled racers. 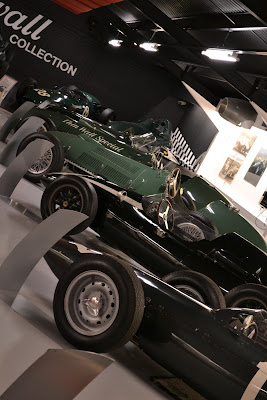 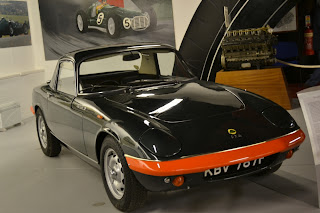 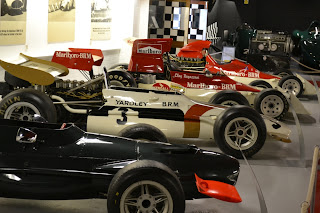 That’s not all though dotted around the halls were other interesting cars, the 4 wheel drive Cosworth test bed from 1969 as well the McLaren Cosworth M9/A which seems to be the racing version of that prototype. 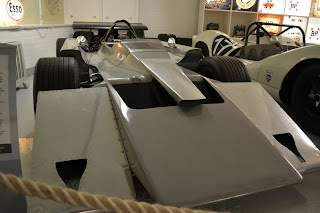 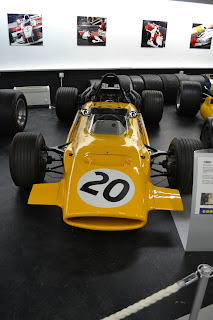 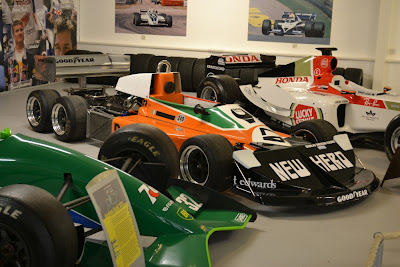 Oh and an original AC Cobra- 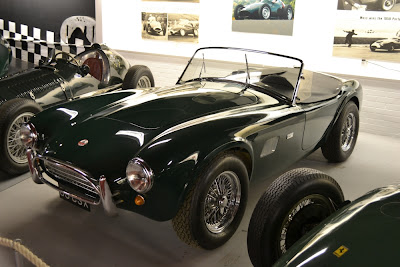 As well as representation from Ferrari, Jaguar, Jordan, Renault!!!!! just take a look at the slideshow below-

When they say “the largest collection of F1 cars in the works” believe me that’s no understatement. This has to be the best afternoons I’ve ever spent at a museum. The cars just keep going on and on, I was exhausted by the final hall only to have to walk all the way back through to the exit and experience it all again.


If you ever around the Donington Circuit then make sure you spare sometime for this, you will not be disappointed, just being able to kneel beside one of these beasts and take in all the little details will be enough to put a smile on your face for the rest of the week.
For more information-


http://www.donington-park.co.uk/about-donington/the-donington-grand-prix-collection/
Posted by the petrol stop at 1:32 PM