It was a time of the wedge, the 1970’s lead to some of the most iconic cars such as the Lotus Esprite and the Lamborghini Countach. However the wedge sprawled out to luxury car Aston Martin who decided to stretch it and modernise is fleet of elderly cars. The result was to bring take the existing Aston Martin Lagonda, Series1 which was more of an elongated DB5 with a nose job and radically update it for the Series 2.


Now the Series 2, this wasn’t a new body on old running gear this was a completely new model with all the modern luxury that any company could throw at it. In this case it was the new-fangled digital dash as well as the television in the back. As history has told, it never really worked so much so that by the Series 3 it was all removed and a Vauxhall set of dials was installed.
First showed in 1976, it was surprising built until 1990 with a more rounded version introduced in 1987, which was well beyond its styling life. Granted over its 4 series it was updated with injection engines and more reliable dash set up, however only 645 were built.
Fair play to Aston Martin they built what was the future at the time, however the wedge was short lived and this finally came in to production at the end of this era leaving them with a bit of a Marmite car that you either love or hate. This was probably the reason for the low numbers sold particularly with Aston Martins traditional customer base. Personally I like it, I like its bold, sometimes awkward, lines, the way it pushed the technology of the time mixing supercar looks with size of an executive car. To think of it, it’s something that Aston Martin seems to have gone back to with the Rapide.
The car below is a 1984 Series 2 with that much troubled digital dash. 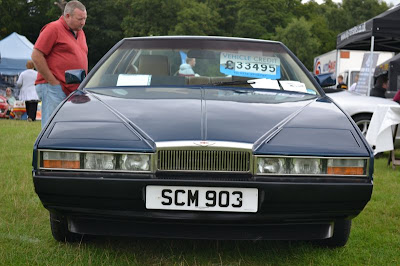 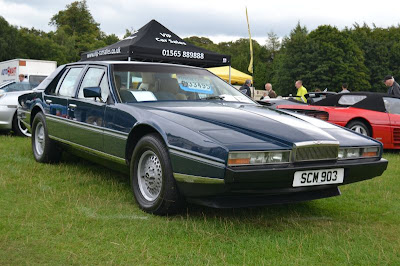 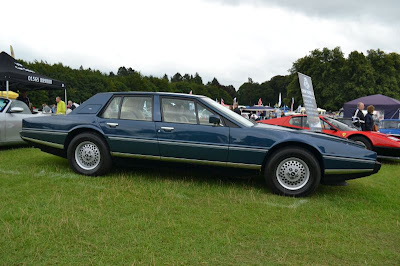 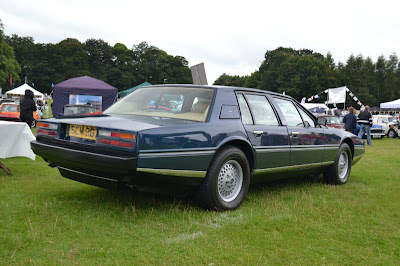 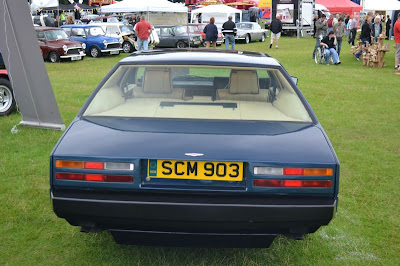 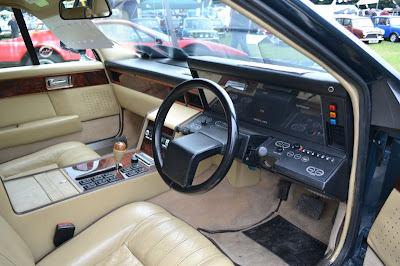 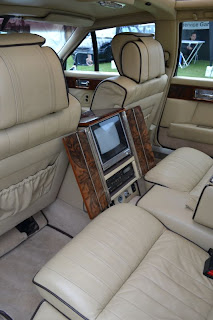 
http://en.wikipedia.org/wiki/Aston_Martin_Lagonda
Posted by the petrol stop at 8:08 AM