One of the last truly beautiful Ferrari’s, possibly until the recent 458, Ferrari’s through the 80’s could be described as aggressive, purposeful, full of attitude but never beautiful with those angular body kits and wings. The 90’s were also a dark time with Ferrari building bland and safe cars. But back I the early 70’s before the time of the simple wedge there was the 365GTB, a car whose flowing lines and sheer presence were perfection from any angle. That interior shouts quality, performance and lets you know you’re not in just some sports car but a Grand Tourer capably of whisking you from London to the Italian Lakes in comfort and at speed. The only addition needed to enhance the experience would be aviator sunglasses, leather driving gloves and a manly moustache; okay the last one might be optional.

That sleek body was designed by legendary Pininfarina design studio, or more specifically by Leanardo Fioravanti in 1968 in just 7 days. Fitted under that sculpted bonnet was a 4.4ltr V12 producing 352bhp plainly putting this in the emerging supercar market, which would propel it from 0-60mph in 5.4s and on up to 174mph. Produced from 1968 to 1973 only 1284 hard top versions like the one below were built meaning this striking car is also rare. The only real change that occurred to the car was the change from fixed front light behind a Perspex panel to the pop-up lights in 1971.

The car below is one of only 158 right hand drive versions built. 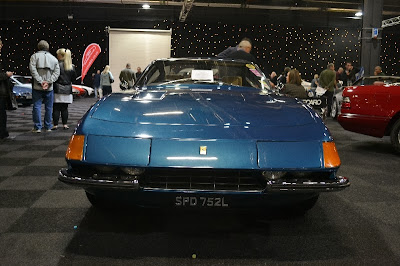 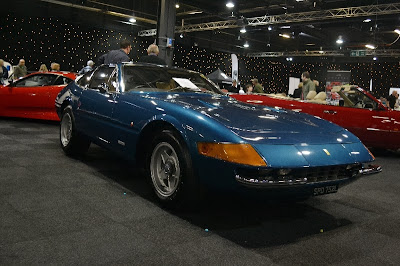 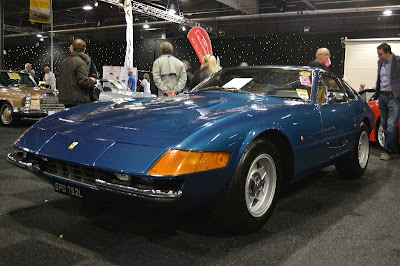 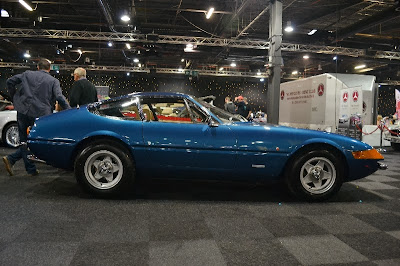 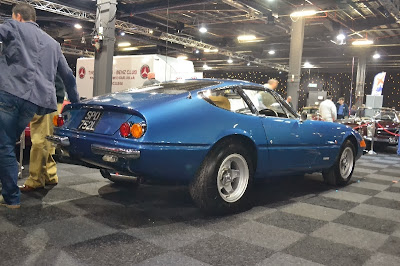 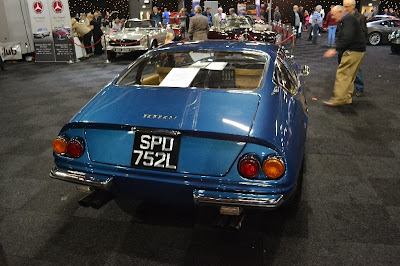 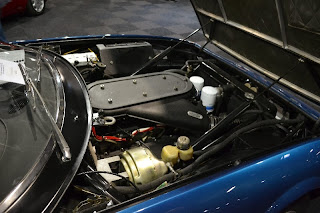 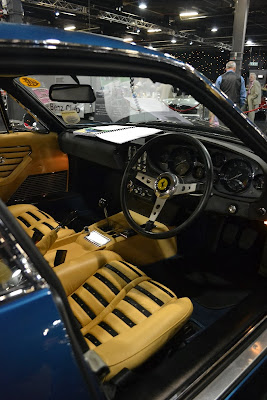 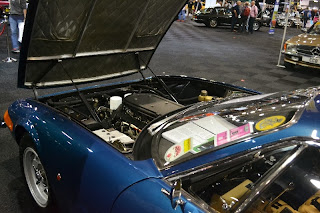 
http://en.wikipedia.org/wiki/Ferrari_Daytona
Posted by the petrol stop at 1:06 PM