Back at the end of the 80’s with the now aging Lamborghini Countach still giving Ferrari a run for its money in the poster department, Ferrari unleashed the F40. Looking back it was the ultimate track car that was road legal with none of the luxuries normally associated with the prancing horse. This was a stripped out tub that was built with one goal in mind 200mph and came perfectly timed for Ferrari’s 40th birthday.


Born out of a programme to build a car to compete in Group B the project was stopped in its tracks with the FIA bringing the race series to an end in 1986. This left 5 288 GTO Evoluzione development cars parked up at the factory in Maranello. Enzo decided to further develop these cars for use on the road and the F40 development programme began. 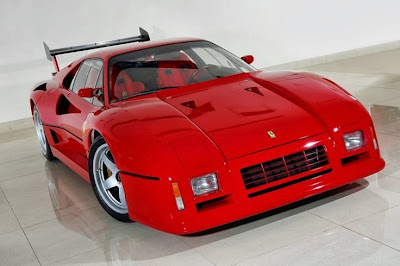 1987 saw the fastest and most powerful Ferrari ever to leave Enzo’s factory, powered by a 2.9ltr V8 with two turbo chargers bolted on and mounted mid ship. It produced an astounding 471bhp that would power this road racer up to a top speed of 201.4mph. Making it the first production car to top 200!!! 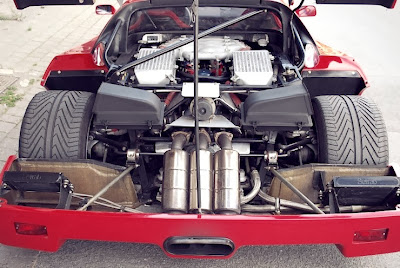 The aerodynamic body was sculpted by Pininfarina out of the latest lightweight materials, Kevlar and carbon fibre to reduce weight. Even the windscreen was plastic to save a few pounds and you won’t find carpets, a stereo, air conditioning, soundproofing or door cards in it. This was first and foremost a racer. Hell even the first 50 off the production line didn’t have wind up windows just sliding Lexon windows. That didn’t stop 1315 people buying then until its production stopped in 1992.
There’s no denying the impact this car had on a whole generation of influential kids, I even had a picture of one in my wall right next to the Countach, it was for me the first of the Hypercar generation design to showcase that Ferrari could still build the ultimate in racing and sports cars. Having seen one up close I cannot understate how amazing this car it, every component has a purpose and there’s no waste. At the time it was the ultimate car today, some 25 years later, it’s still one of the ultimate driver’s cars . 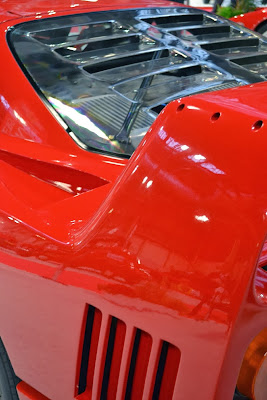 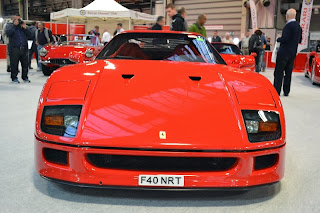 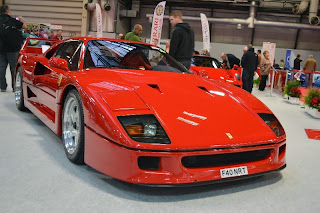 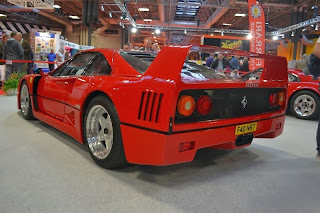 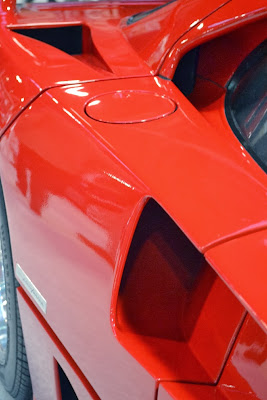 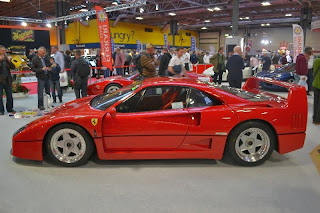 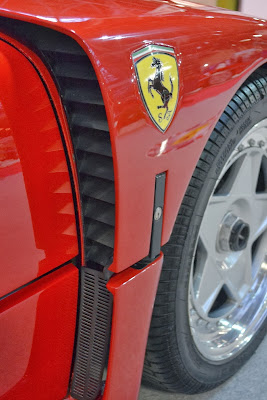 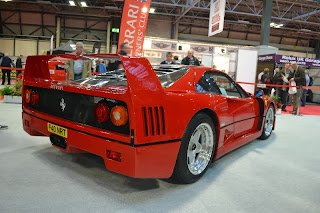 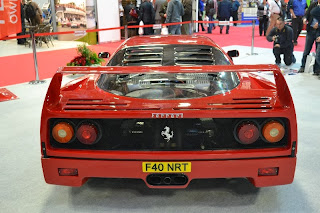 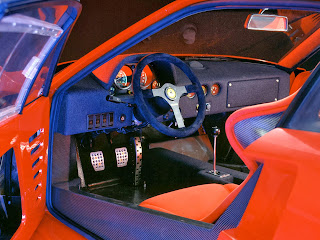 For more information-
http://en.wikipedia.org/wiki/Ferrari_F40
Posted by the petrol stop at 8:16 AM

Email ThisBlogThis!Share to TwitterShare to FacebookShare to Pinterest
Labels: Ferrari