The 60’s produced some of the most beautiful sports cars of any era, as well as some of the worst, but the SP250 is one of the most stunning. Built by Daimler in its Coventry factory the SP250 came as a result of a few company upheavals in the way the company was heading, and was debuted at the Earls Court Motor Show in 1959.

The chassis underneath this flowing and sleek fibreglass body (fibreglass being used due to the cost to create the dies for a metal body) was virtually a copy of the Triumph TR3 chassis. But was inhabited by a brand new 1460bhp 2.5ltr V8 running through either a 4 speed manual or 3 speed automatic gearbox. Three versions were produced from 1959 until 1964; the original “A” spec, this then followed quickly by the “B” spec in 1960with a more rigid chassis to remove flexing on the fragile body, and option for larger bumpers was also offered and finally the “C” spec which was a more luxurious version in 1963.

Originally the car was called the Dart but due to some wrangling over the name with Chrysler this was dropped and SP250 used. In total 2,645 were built over its 5 year run. These always put a smile on my face when I see one, a proper gentleman’s sports car with low cut doors for sitting your elbow on while sitting on luxury leather bucket seats surrounded with wood, perfect. 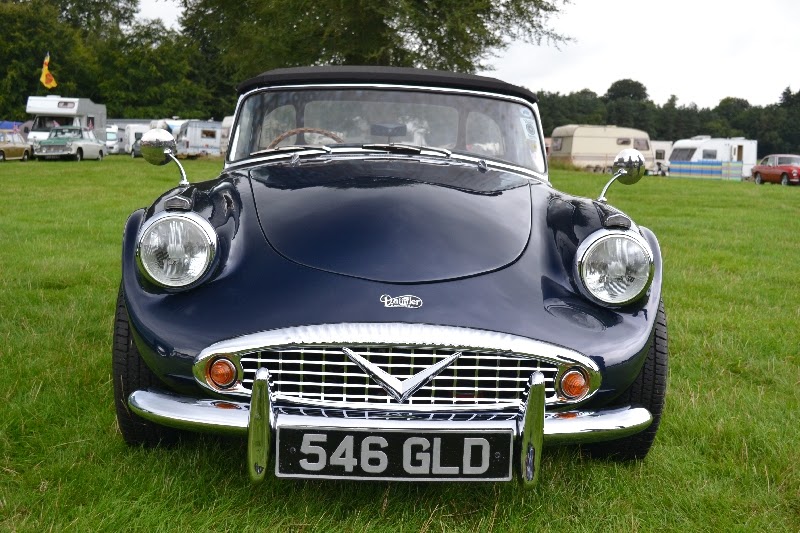 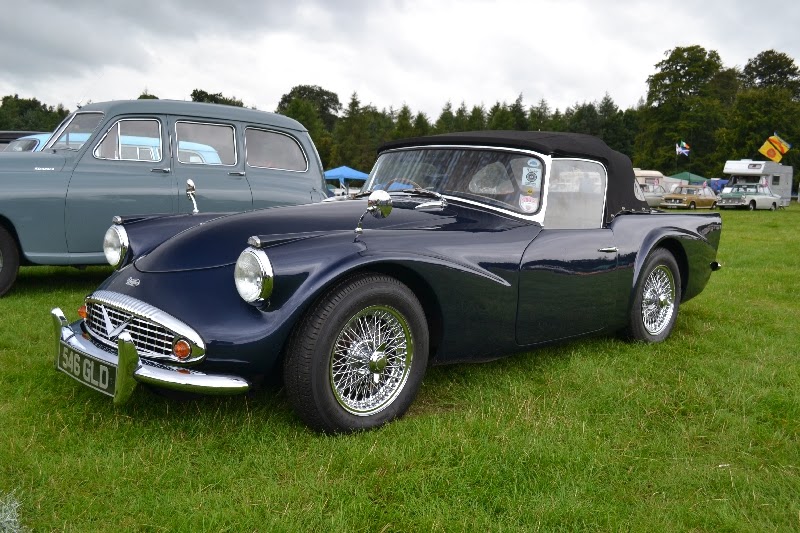 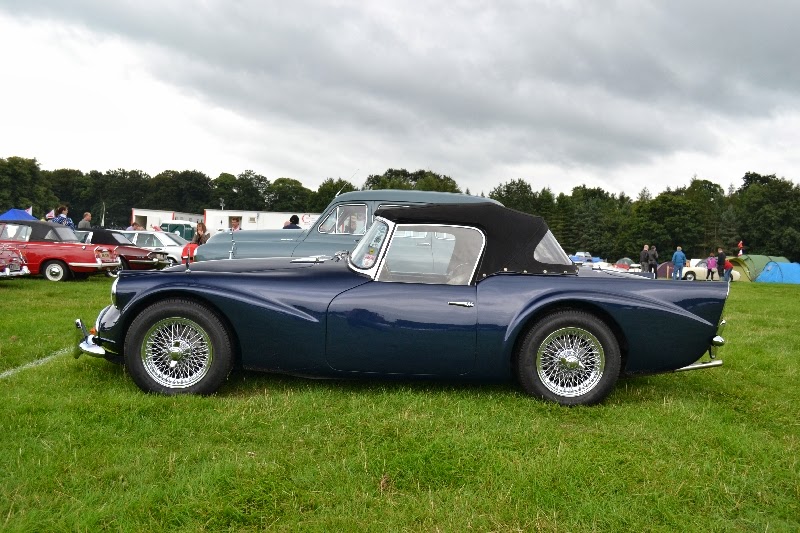 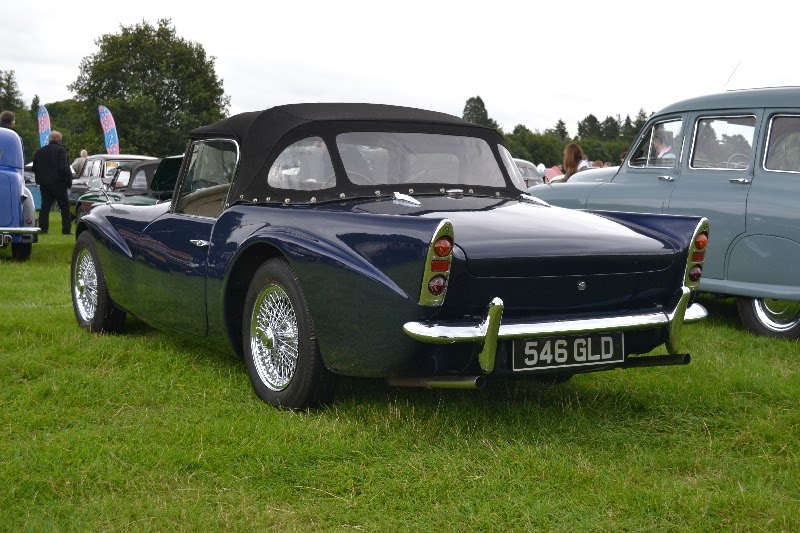 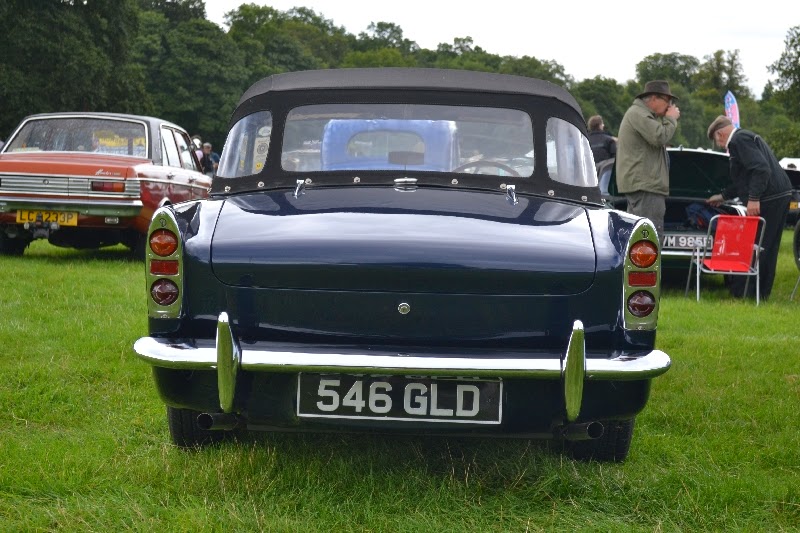 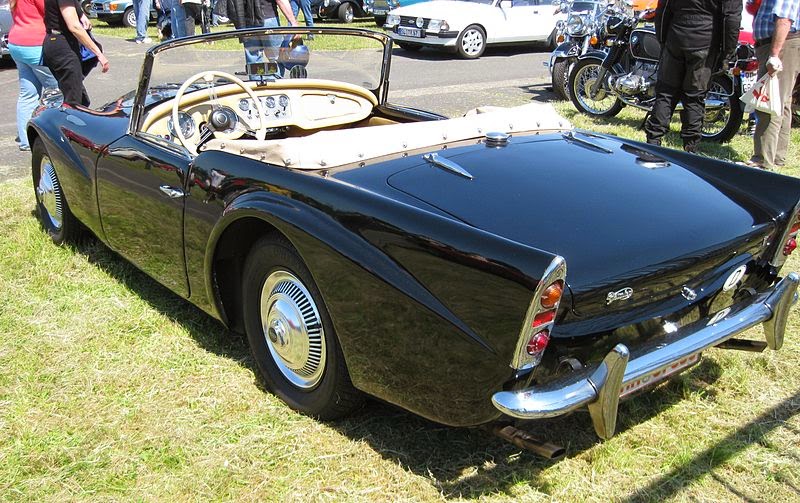 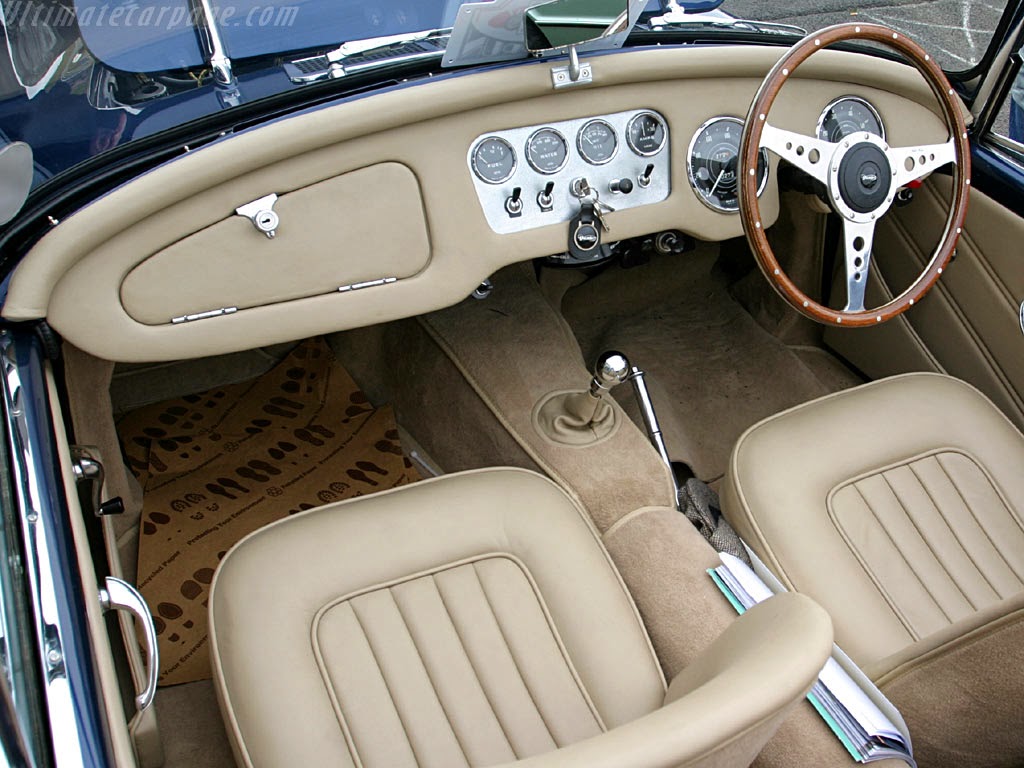 
http://en.wikipedia.org/wiki/Daimler_SP250
Posted by the petrol stop at 8:23 AM

Email ThisBlogThis!Share to TwitterShare to FacebookShare to Pinterest
Labels: Daimler