There’s no denying or ignoring the rise of the Retro Car scene over the last 5 years or so. A new generation of “classic car owners” have looked back to the cars they saw growing up in the 80’s and now want some of that style back. Not only that but cars that were ridiculed back in the day, an embarrassment to be seen in, are now held in high esteem, we’re talking Lada Riva’s, Skoda Rapide’s, Fiat 124’s and even the Reliant Robin. 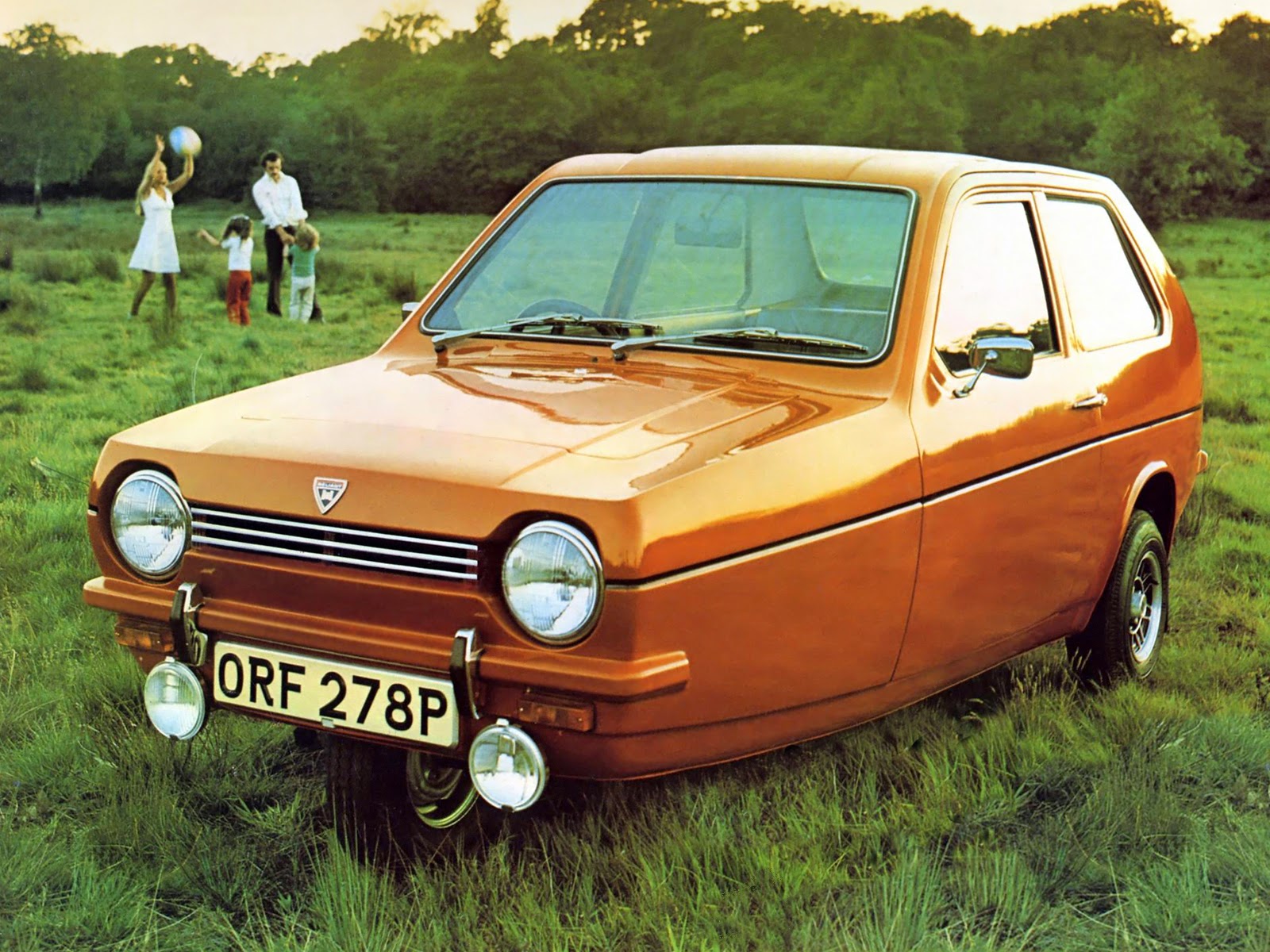 All of these cars, if you can find one, now command serious money. Quite a change from say 10 years ago, when even a scrap yard would send them straight to the crusher. I suppose that now makes them rare, and a personnel choice by the driver to be a little unconventional. I suppose that’s what the retro movement is all about, driving something unusual and the more unusual the better. Something that makes other smile, point and say “do you remember those they were crap but I’d have one now” 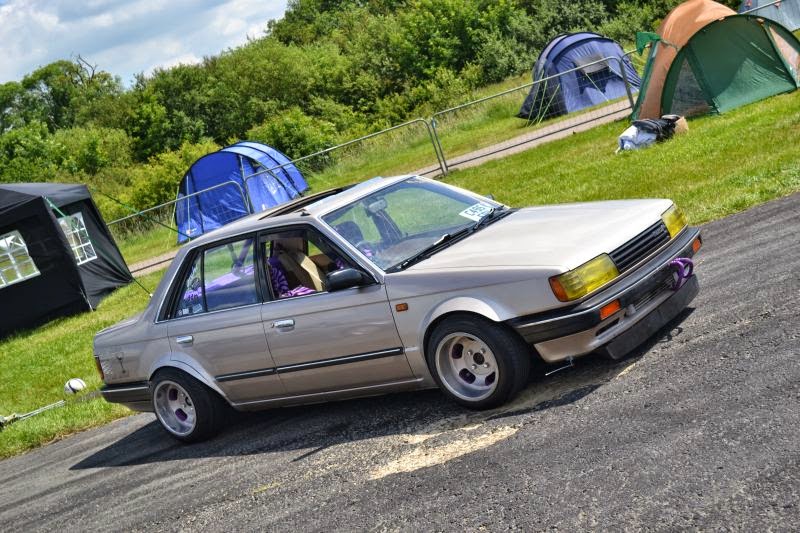 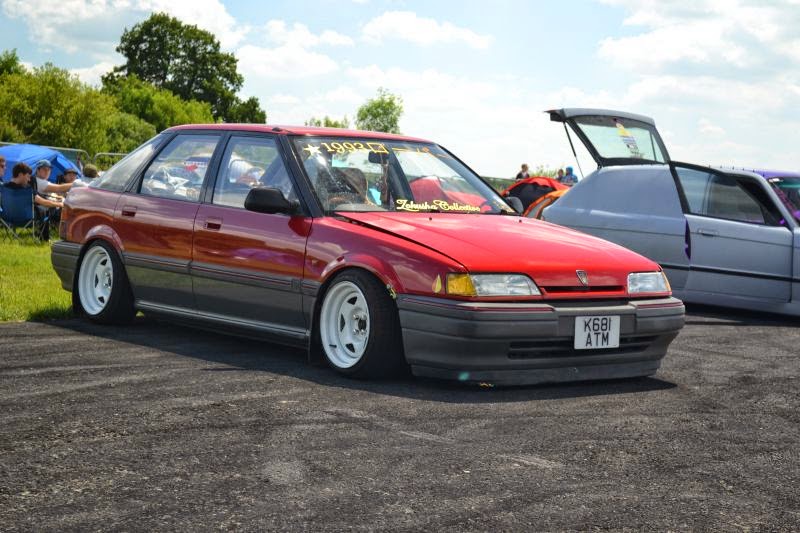 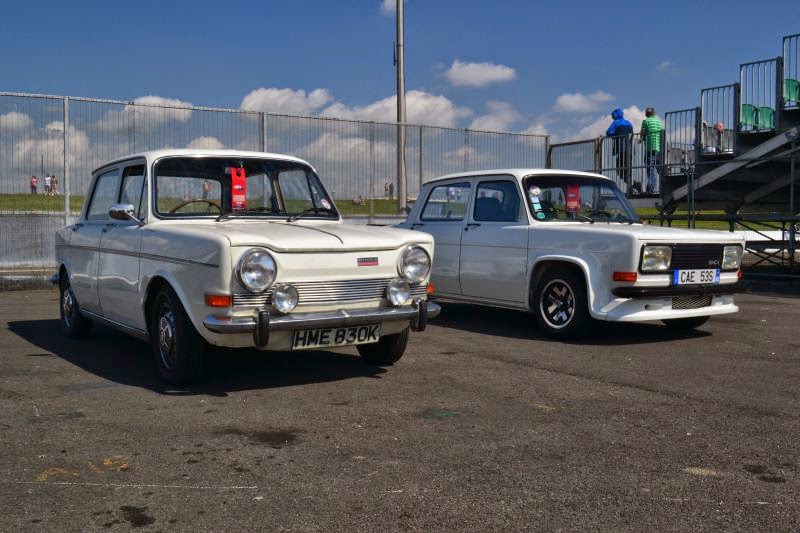 The whole scene is linked with a life style that usually results in men in their mid 30’s riding long boards, listening to old school dance and rock music and wanting a ghetto blaster so they can drag their tapes out from the loft (to be fare that’s me). It’s laid back, relaxed and accepting of anything as long as it’s “cool”. I suppose it’s replaced the Volkswagen culture which over recent years has become about one-upmanship, air-ride and remaps, where money is needed to participate. Even the Beetle and camper scenes now require thousands to get into these days. 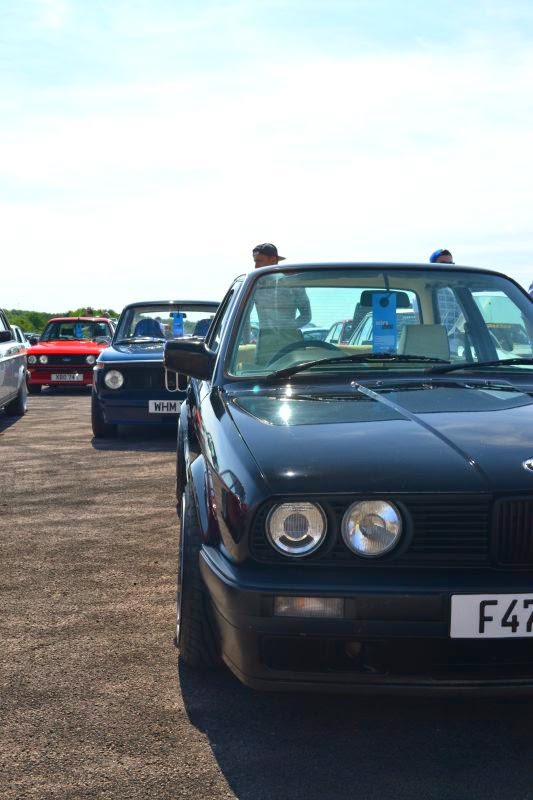 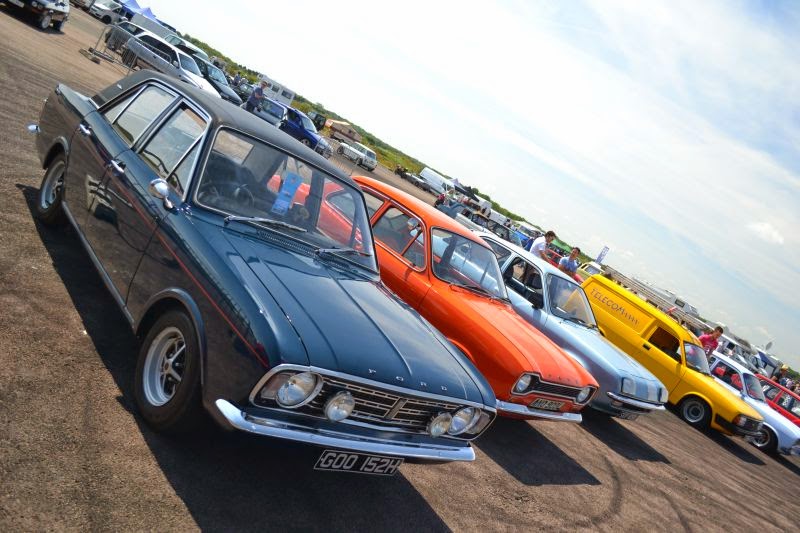 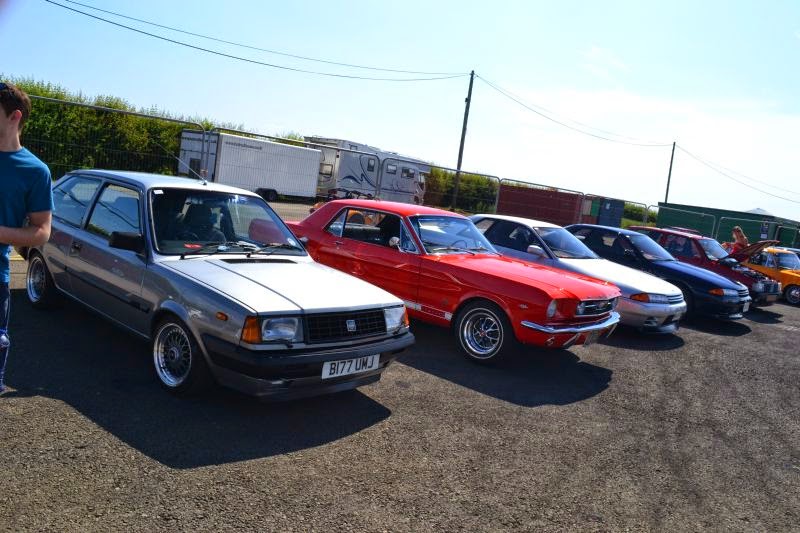 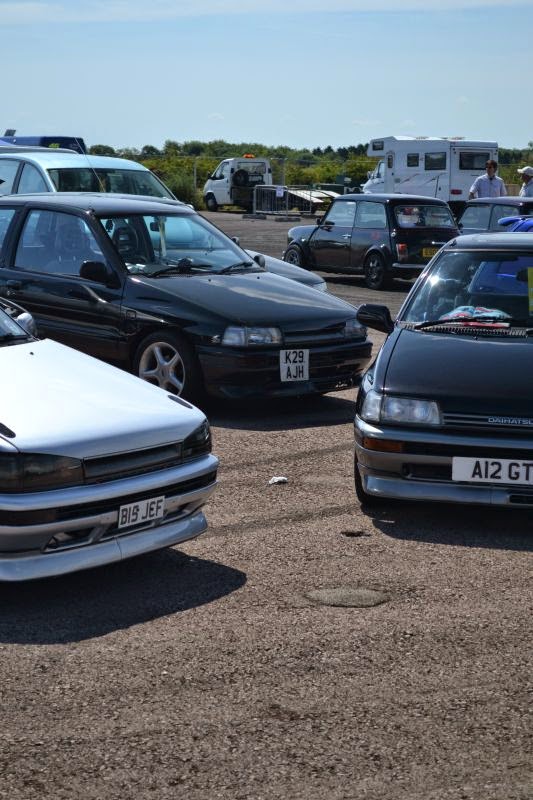 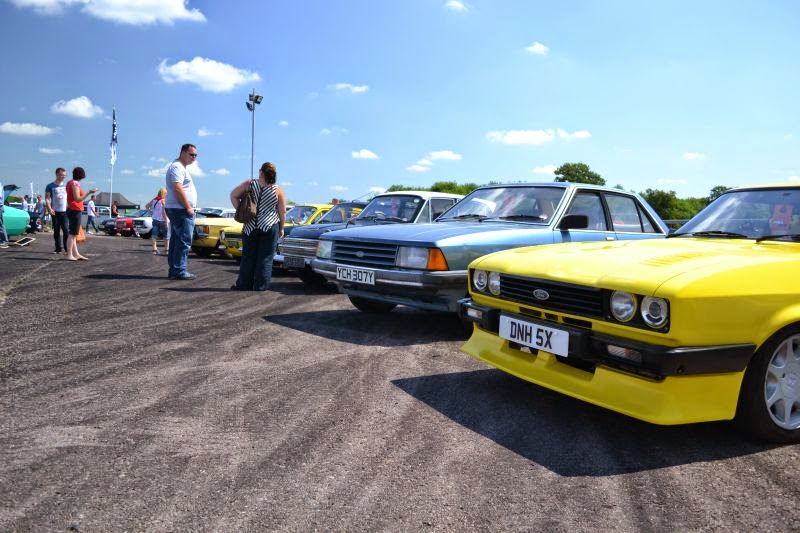 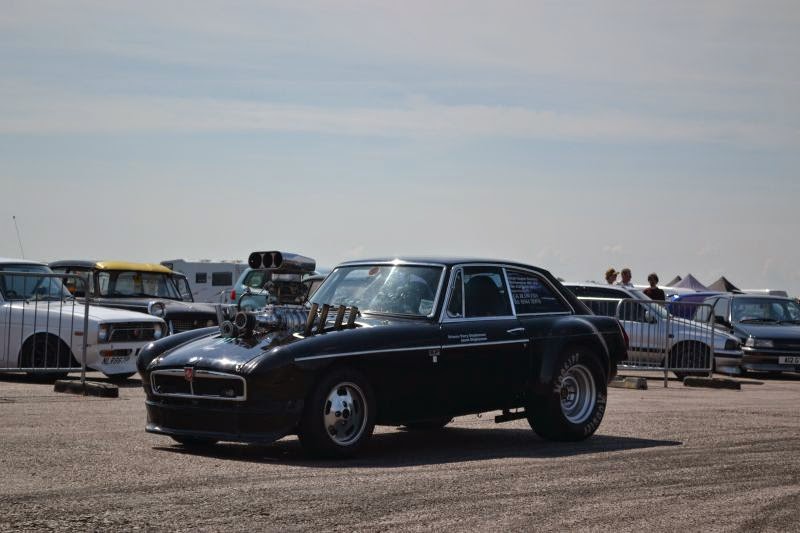 The retro scene though, hell a car can be had for a five hundred quid, and at that price doing something out of the ordinary doesn’t seem to daunting or frowned on. As such crazy modifications are done, why? Well why not, would be the answer. The one below are a good example, Beetle powered Ford Pop, Cosworth powered Reliant Kitten and huge bubble arch Ford Escort- 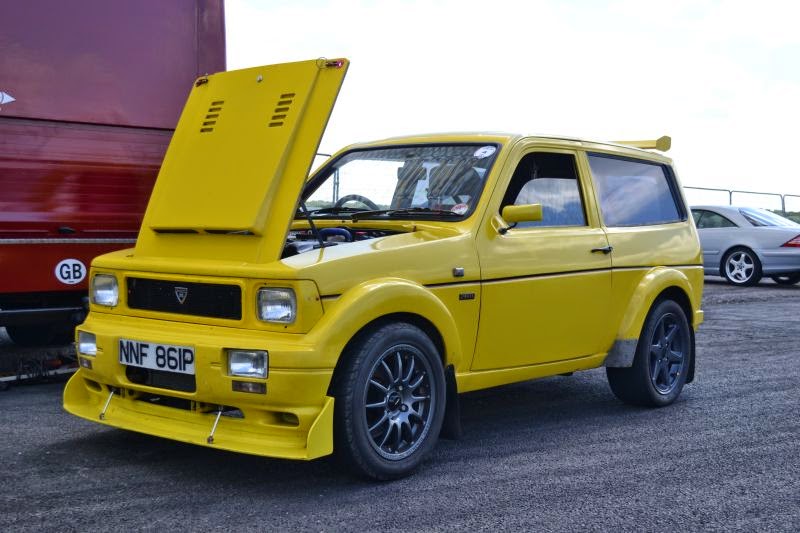 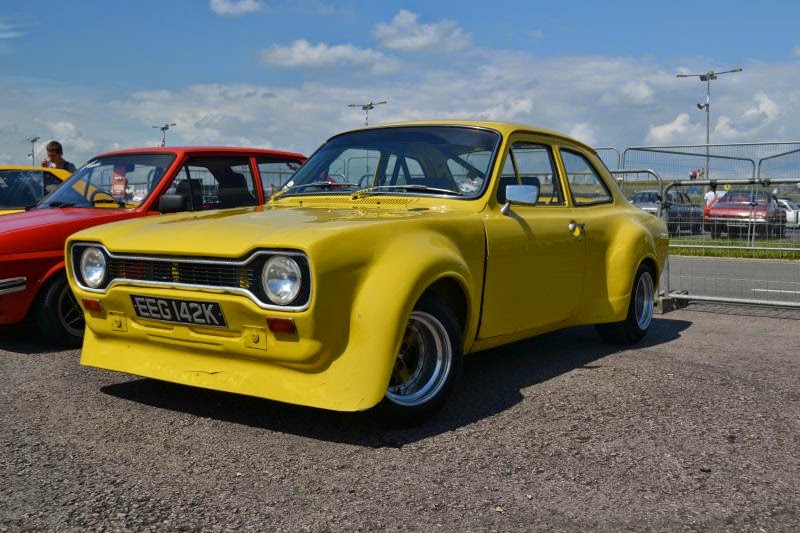 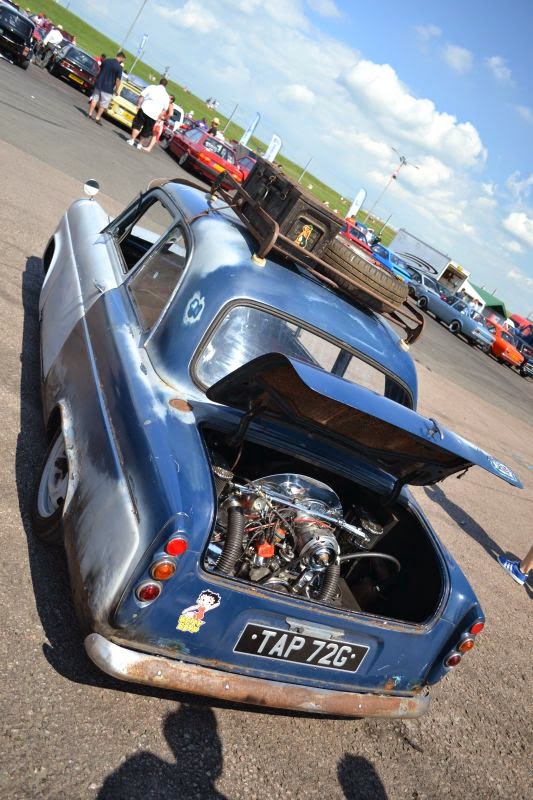 Retro car shows are a huge mix of marques, people and styles all thrown together with that common thread of “cool is cool” attitude. At the recent Retro Car Show at Santa Pod, there were concourse, super modified, rat look and Bōsōzoku Styles. Add to that standard, sleeper and just random builds, nothing is out of reach or reserved. It’s a breath of fresh air into an industry that can all too easily take its self too seriously. Hell, why not put an MR2 engine in the back of a Fiat 124 and add a wheelie bar before taking it down the strip!!!!! 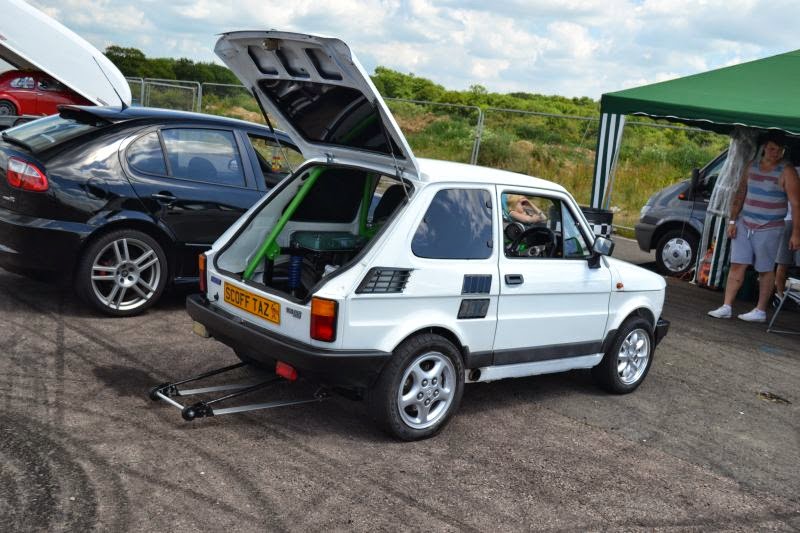 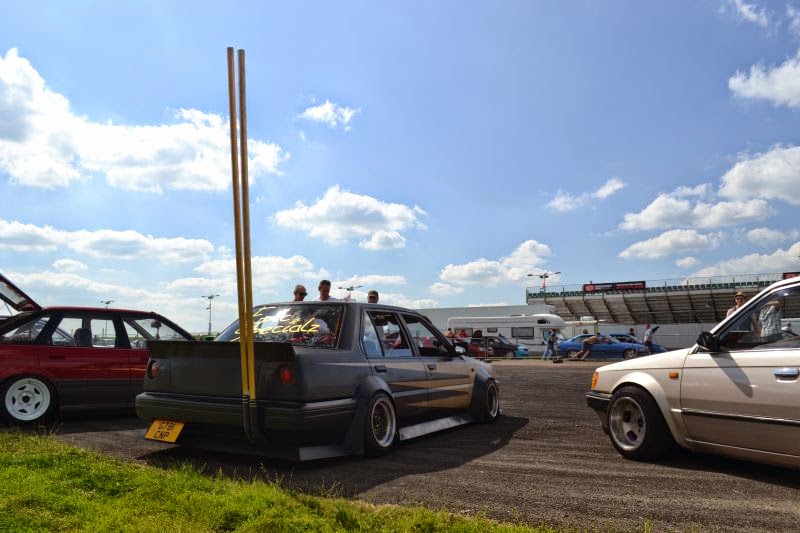 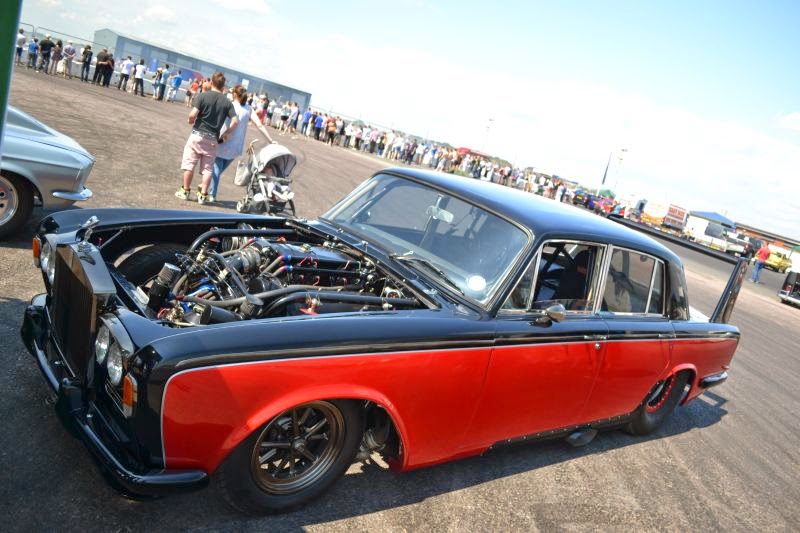 The use of social media by likes of Retrobeutes, show how their using new forms to communicate and arrange meets, with banter and enjoyment top of the list and actively encouraged.  I can see some of the Retro shows just getting bigger and bigger built round a weekend festival atmosphere rather than thetraditional Sunday in a field. Personally I love it, the whole package. The modern nostalgia of the current generation that now have the means to buy one of those “hero” cars from their youth and submerse themselves in a period they grew up in.  Not only that, but the younger generation is understanding the mix of both cheap cool motoring with the pretty good reliability that allows you to stand out from the crowd of modern euro boxes, so a win win situation. 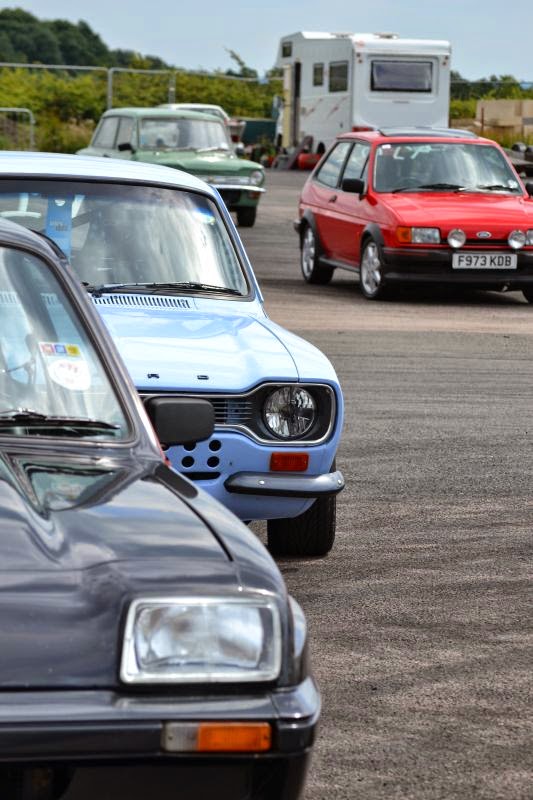 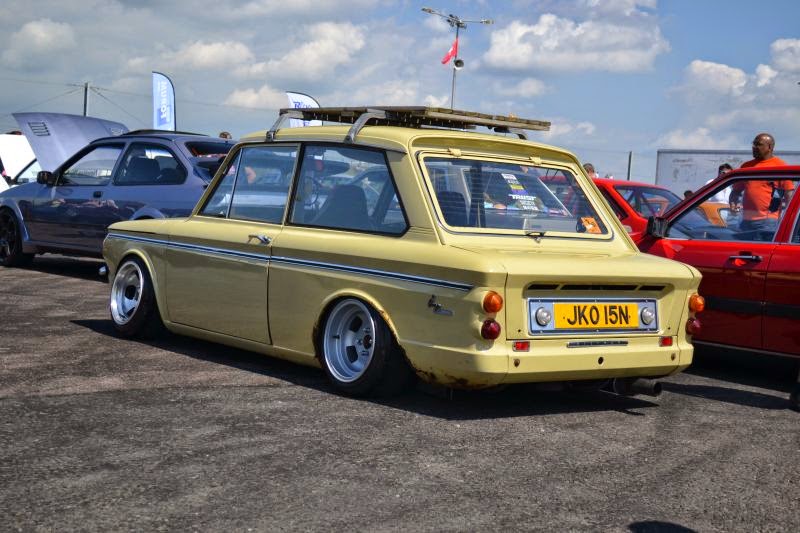 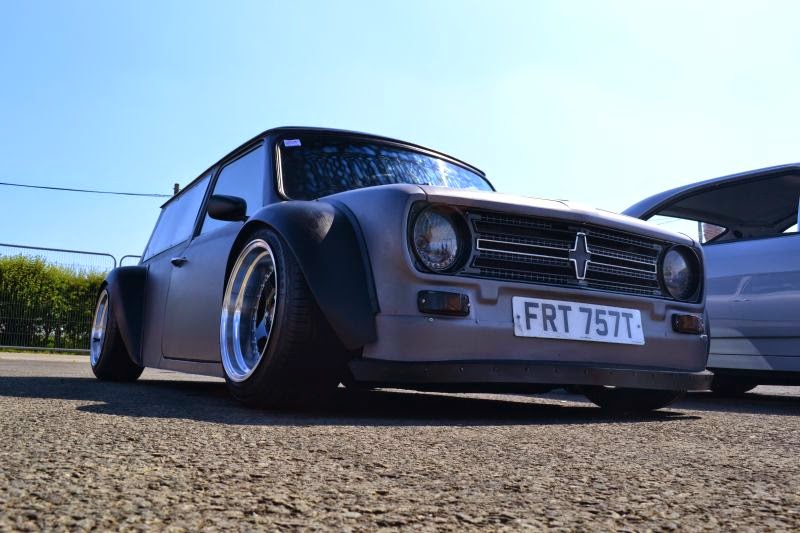 Don’t get me wrong I’m not just sat here on the outside looking in, I currently run one of those cars from my youth a Mk2 Scirocco (suitably modified of cause) and help run the afore mentioned Retrobeutes and can only see the Retro movement gaining more and more momentum, after all what’s not to love, individuality, cheap parts (usually) and most of all they make people smile.