I got to chatting to Dave Cooper about his Hillman Imp based Mk6a Davrian at this year’s Lancaster Insurance Classic Motor Show. Now let’s get to the chase, Dave is no amateur at car restoration with him owning a restoration company!!!!

So let’s get to his creation, now when this Davrian left the Clapham factory in the early 73 as a kit for the Imp and first registered in 81. When Dave found it in 1999, it had been stood for 15 years, and in its later life that was outside. To give you an impression of how rough it was and how much effort was made in bringing it back from the edge, it had a foot of water in it!!!!! The car underwent a complete strip down and rebuild starting in 2004 and was finally finished by Dave in 2011.

Now like most, if not all kit cars, they are built by the owner for the owner and this one is no exception, and probably explains why the build was so long. The first thing you notice about this one is that colour which suits the low slung contours of the car perfectly, oh and it’s a TVR colour. Whilst we’re on the outside take a look at those wing mirrors, seem familiar? Well there Honda Goldwing and perfectly grafted to the doors. As Dave said “with the car being so low and small I wanted something that would show up and make me stand out while turning”. 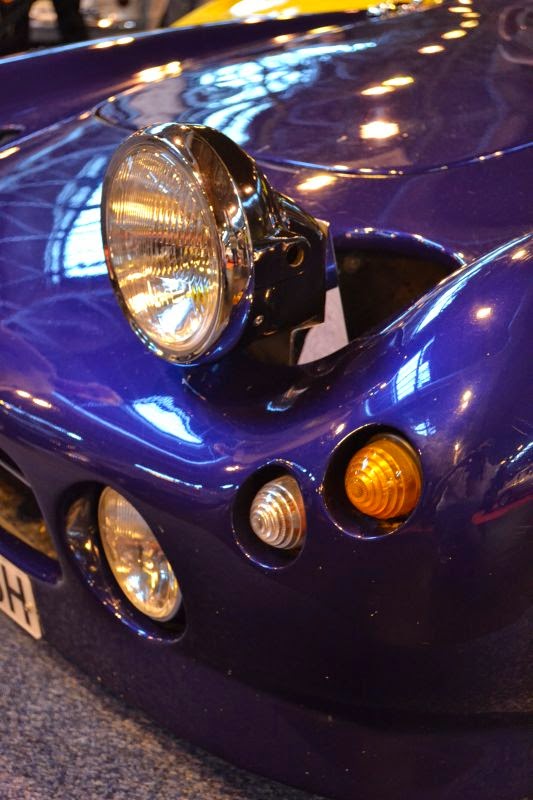 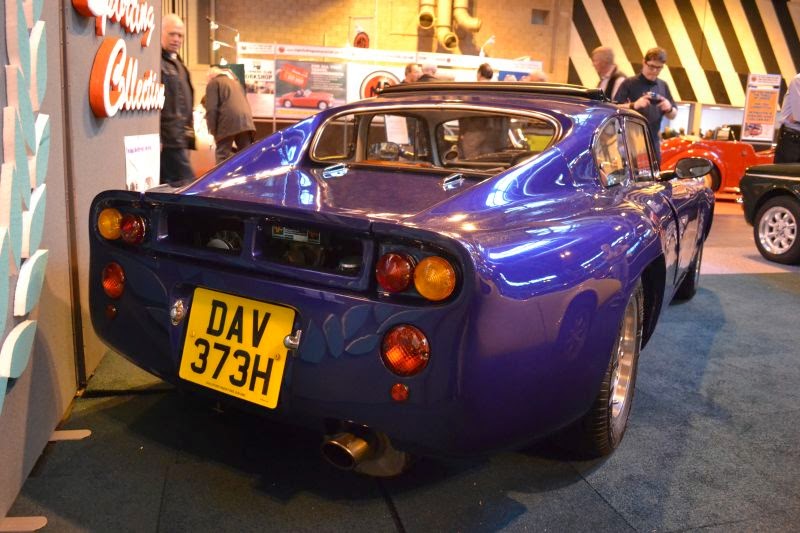 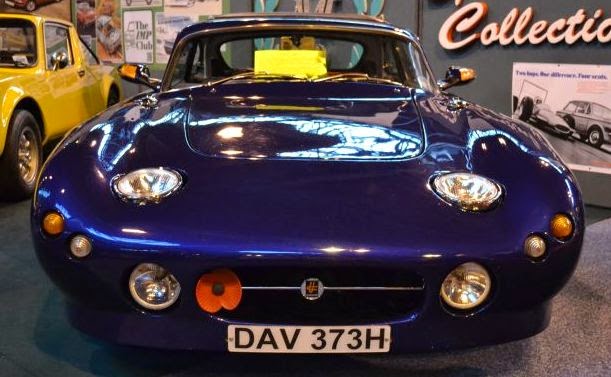 The interior is awash with grey leather and alacantara, the quality of the finish it top notch with that turned aluminum centre console sitting perfectly. It’s had electric windows fitted and custom made door cards. Now let’s just say with this car being very low, and I really do mean very very low so when I asked Dave if I could have a sit in it he first looked all 6 foot of me up and down and just smiles and said “you can try”. Let’s just say the first attempt I got a leg in, after a chuckling Dave removed the steering wheel, I finally got to sit in it. Well most of me I had one leg out still!!!!! It’s very comfortable and to be fair if you can get in reasonably spacious. 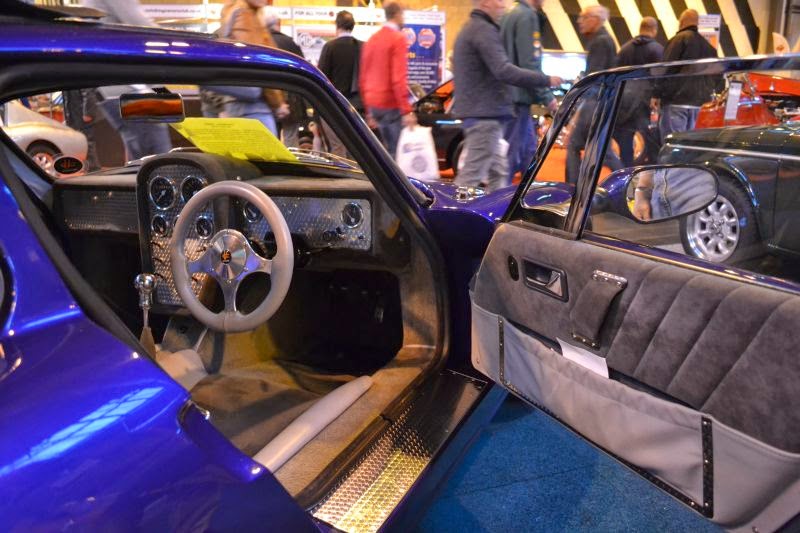 Now let’s get to the fun stuff the 1040cc modified engine in the rear which puts out 100bhp, which again is nicely detailed. Now that engine might not be massive but with the car weighing in at a lightweight 600kgs it can shift as well as getting 38mpg. Now to get it to stop? well all round disc brake conversion. 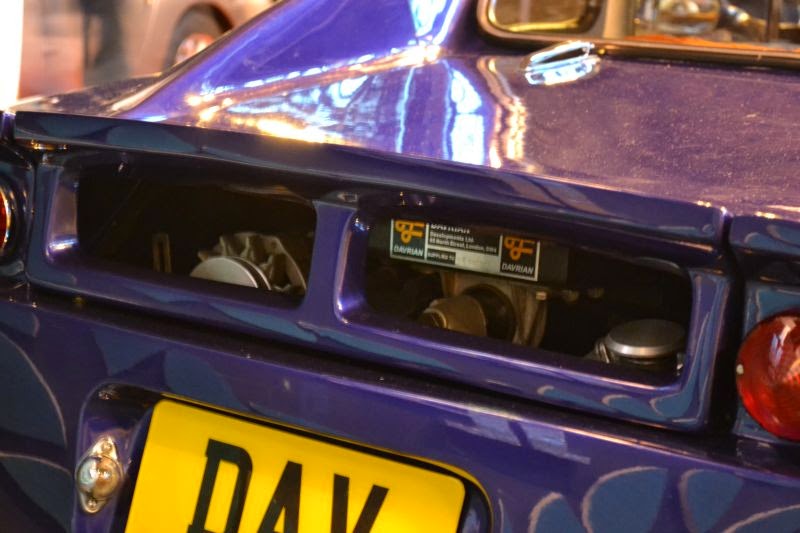 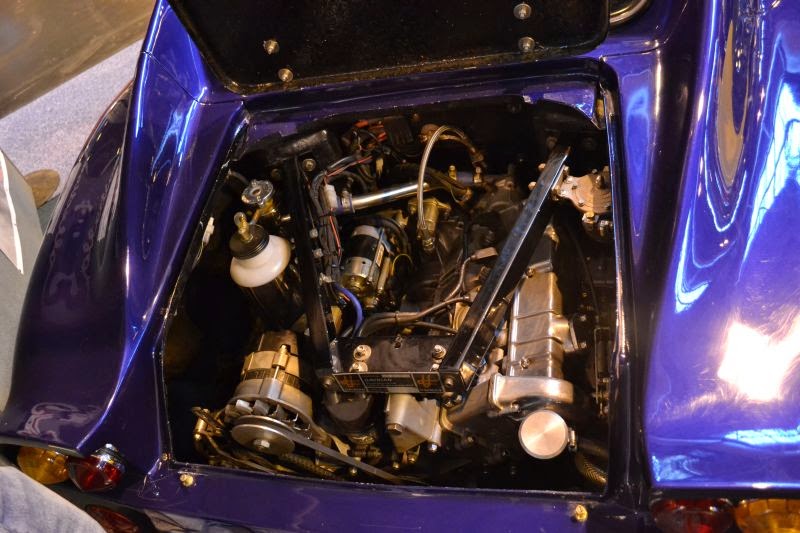 You can tell that Dave is very proud of his creation taking the time to look at every small detail and waiting until the right part turns up. Let’s just say those windscreen water jets weren’t a quick look in parts catalogue, the same is rest to the details all over the car. Now that kind of detail meant at the this years Imp National meet it took first place in the “Imp based vehicle” and deservedly so.

Thanks again to Dave for taking the time to have a chat to me and show me his car, unfortunately the downside of our chat and my attempt to sit in it mean its can no longer be on my car wish list.