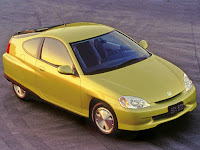 So do you remember one of the first modern hybrid electric mass produced cars from a big manufacturer? I remember seeing one in “The Day After” and thinking “I’ve not seen one of those in years!!!!” well to my surprise whilst visiting Lancaster University I saw one parked up and it put a proper smile on my face.


Lots has been written about this car, the Wikipedia page is fantastic, so let’s get down to the nitty gritty of how advanced it was in 1999. First off it was the first mass produce true hybrid, linking an aluminium 3 cylinder 1ltr 67bhp engine to a 10kw/13bhp electric motor. In addition this motor effectively worked in reverse under braking to charge the batteries, just like modern F1!!!! Another first that is now standard today is the use of “stop/start” technology to switch the engine off when not moving.

A year after production started a CVT version was also available replacing the 5 speed manual gearbox ensuring the engine ran as efficiently as possible. Linked with that sleek streamlined aluminium body and chassis, which had a drag coefficient of just 0.25, meant it could get up to 81mpg!!!!! This is still a held record for a production vehicle in the US today. I was surprised when I found out over 17,000 of these cars were built up till 2006. I suppose the reason it doesn’t get the recognition is deserves is probably due to its odd appearance with those covered rear wheels and the fact it was only a 2 seater. I think it will become a modern rare classic in years to come. 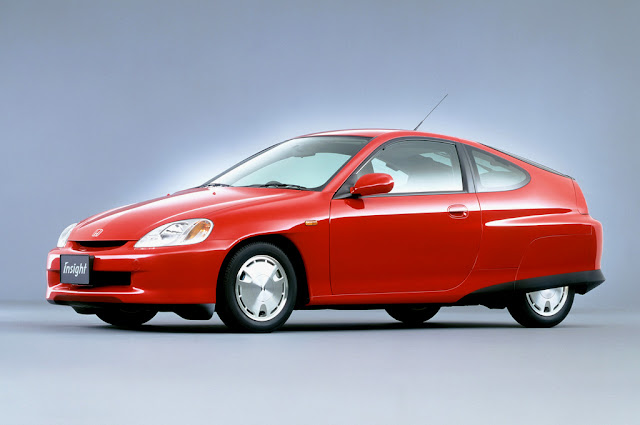 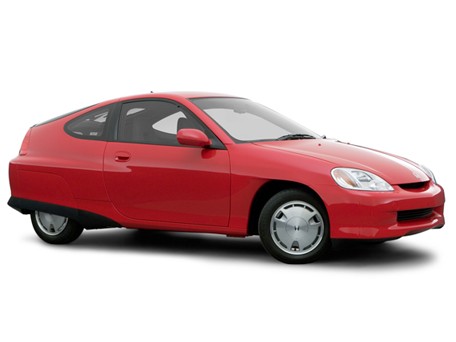 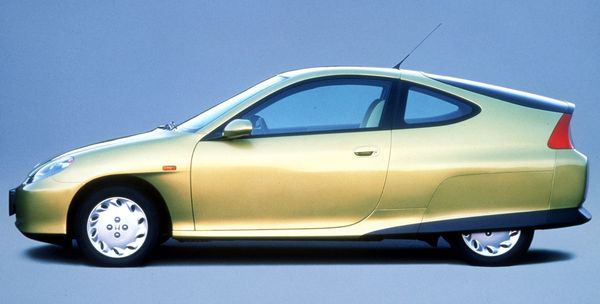 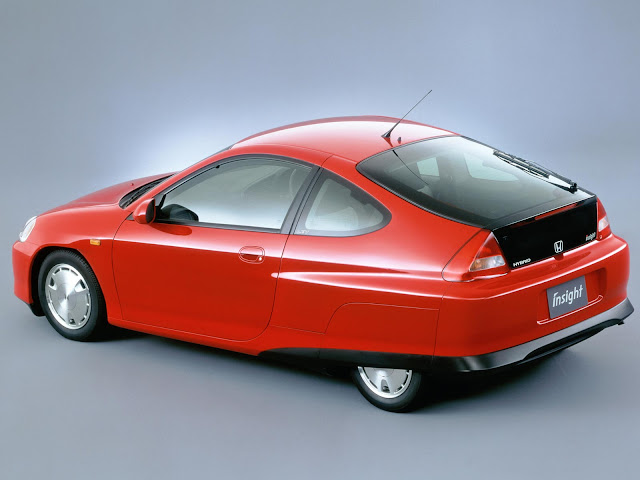 https://en.wikipedia.org/wiki/Honda_Insight
Posted by the petrol stop at 8:01 AM