In the 1960’s Paul Jameson built a chassis around a Rolls Royce Merlin aircraft engine, after he couldn’t get a gearbox that would handle the 850bhp,it was bought by John Dodd’s (a gearbox specialist) who finished the project. The 27ltr V12 engine now runs through an automatic gearbox a General Motors TH400!!!! It also had uprated carburettors fitted, American 4-barrel Holley to replace the now missing supercharger (the original engine produced over 1000 bhp). The car is wrapped in a glass fibre body supposedly based on a Ford Capri. Its was also registered in the Guinness Book of Records at the most powerful road car that could allegedly do over 200mph. The pictures below are how the car look now with its revised body, see why further down as well as how it originaly looked- 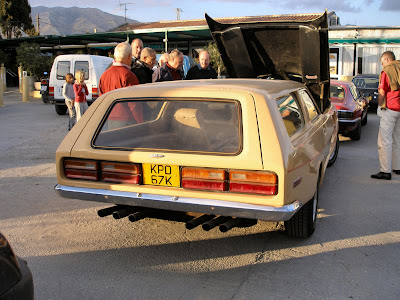 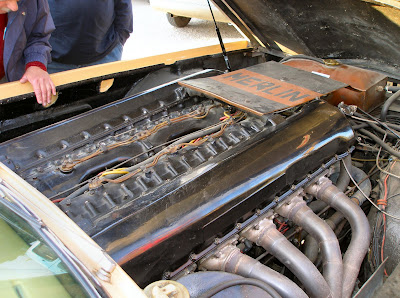 One thing of note was the legal case with Rolls Royce reportedly in the 1980’s due to Dodd’s fitting their iconic grill and flying lady, resulting in it being removed and a new body fitted. Picture of the orignal "capri" body with grill.


http://forum.keypublishing.co.uk/archive/index.php?t-33608.html
Posted by the petrol stop at 9:08 PM

Email ThisBlogThis!Share to TwitterShare to FacebookShare to Pinterest
Labels: Merlin