“Superior to an ordinary motorcycle in its ability to climb steep and rough grades” was the claim of J. Lehaitre the French inventor of this tracked motorcycle. Built in 1938 is had a top speed of about 25mph on flat ground. Steering was via conventional handlebars that controlled the sideways motion of the drive belt, well that what I’ve read but can’t see how it works without dual belts. 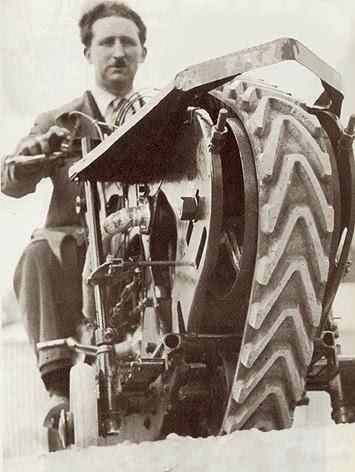 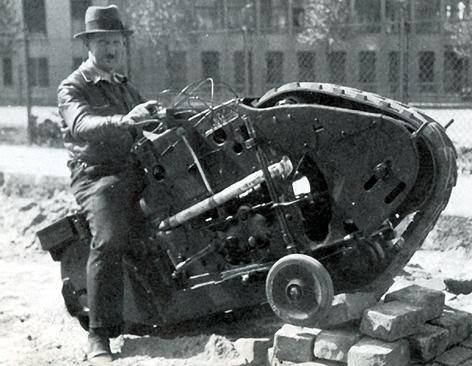 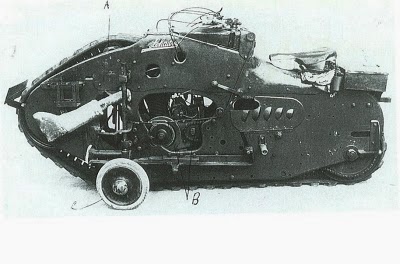 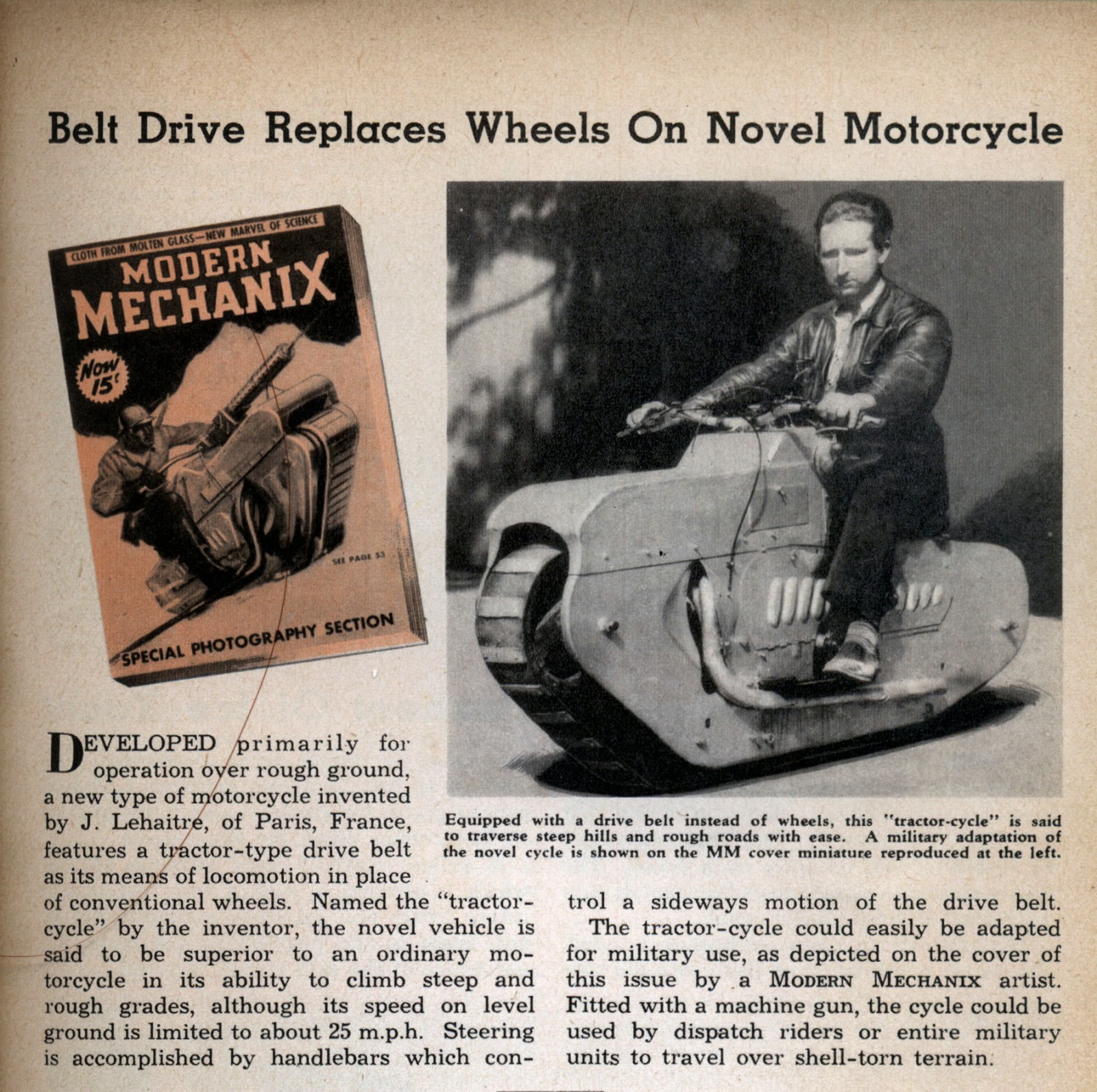 One of those thinking out of the box vehicles that, as the time would dictate, would have a military propaganda image created of it. 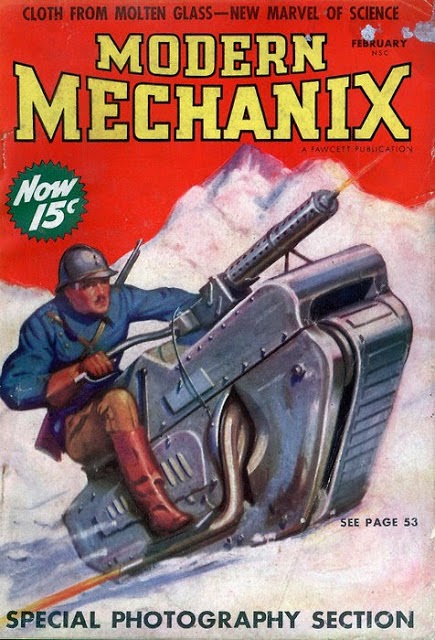 The above is about all I could find out on the internet, if anyone knows more please get in touch.
Posted by the petrol stop at 8:02 AM